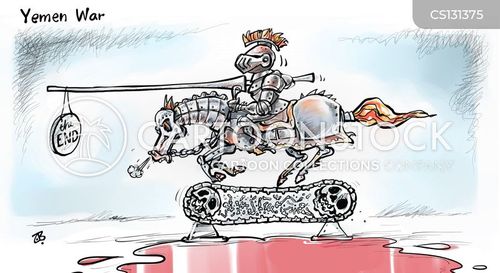 Mattis’s Call for a Yemen Ceasefire Shows that Congress is Getting Closer to Forcing US Military to Withdraw from the War, Says CEPR Co-Director

WASHINGTON – Defense Secretary James Mattis’s call for a ceasefire in Yemen is a direct result of congressional moves to end US military involvement, according to Center for Economic and Policy Research (CEPR) Co-Director Mark Weisbrot. Weisbrot has written numerous articles and op-eds about US responsibility in triggering the world’s worst humanitarian crisis, including “How Congress Can End the War in Yemen,” published last month. On Tuesday, Mattis told an audience at the US Institute for Peace the “only way we’re going to really solve” the war in Yemen is with a ceasefire in the next month.
“Mattis is saying this because he is afraid that Bernie Sanders’ resolution is going to pass the Senate,” said Weisbrot, who is also president of Just Foreign Policy. “It got 44 votes last time, and according to Senator Chris Murphy (D-CT), it would have had a majority if not for the Young–Shaheen bill. And that was before the Khashoggi scandal, which has influenced a number of Senators to vote against helping the Saudis carry out this war and mass starvation of Yemenis.”
Mattis has made similar claims to support a negotiated settlement before, statinghis intention in 2017 to resolve the war “politically as soon as possible.” Yet Mattis has also falsely claimed that the Saudi-led coalition is “making every effort” to reduce civilian casualties, and has opposed the congressional efforts to end US military involvement in the war by using the 1973 War Powers Resolution to demand withdrawal of US military personnel. In November of last year, the House voted by a margin of 366 to 30 to declare that US military involvement in the war in Yemen was “unauthorized.”
“Mattis would rather have a negotiated settlement before the US military is forced out by Congress, or before it is 100 percent clear to the world that they are going to be forced out,” Weisbrot said.

“He knows that the US military is going to be forced out because the War Powers Resolution of 1973 allows these members of Congress, including Bernie Sanders (I-VT) and Mike Lee (R-UT) in the Senate, and Ro Khanna (D-CA) in the House ― who has introduced a similar resolution to remove the US military from the conflict ― to keep coming back until they succeed.”
Khanna’s resolution, House Concurrent Resolution 138, is co-sponsored by 69 House members including most of the House Democratic leadership: Rep. Steny Hoyer (D-MD), the minority whip; Rep. Adam Smith (D-WA), the top Democrat on the House Armed Services Committee; Rep. Eliot Engel (D-NY), the ranking member on the House Foreign Affairs Committee; and Jerry Nadler (D-NY), ranking member on the House Judiciary Committee.
“As a matter of law, Khanna and his allies in the House, and Sanders and his allies in the Senate, can keep reintroducing these resolutions, and both chambers must hold a debate and vote on continued US military involvement,” Weisbrot noted.

“Khanna and Sanders have made clear that they will continue to do this until they win. Support in both chambers has grown enormously since the bills were first introduced (in the House in November 2017; in the Senate in February 2018). So it is only a matter of time until these resolutions pass, and if the Democrats win the House, the process will accelerate.”