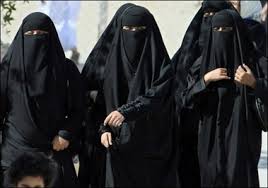 Native Bahrainis were angered by the jubilation of their dictator at the acquittal of Egypt’s dictator. Hamad Al Khalifa was among the first to call Hosni Mubarak congratulating him for the politically-motivated decision by the court  not to consider the case in which he is accused of ordering the troops to shoot unarmed demonstrators in 2011. Bahrain’s dictator is also accused of ordering his armed police and troops to shoot and kill native Bahraini protesters over the past four years.

House raids by regime’s forces have continued as native Bahrainis maintained their solid resistance to the Al Saud occupation and Alkhalifa dictatorship. At least 11 houses were raided in the early hours of this morning and several people arrested. From Malikiya, Imad Bu Rashid was arrested at a police station. From Sitra Mansoor Tawq was snatched in a raid on his home. Adel Al Marzooq, Director of AlWahdawi Observatory was detained in a raid on his house; his personal belongings were taken awa.  From Buri  Abbas Ibrahim Abdullah was also detained. The family of Fadhel Abbas, from Demstan is worried about his safety as nothing has been heard of him since his arrest yesterday. From Hamala Town, Ali Saleh Hassan has been arrested. Ali Faisal Al Shofa was detained after members of Death Squads stopped his car at Kawara Town. In the early hours of yesterday at least 15 houses at Demstan and Malikiya towns were attacked, including the house of Martyr Abdul Redha Bu Humaid. Homes in Sitra and Duraz were also raided. In those raids several people were detained among them is Hassan Ahmad Al Basri from Sitra. The Town of Karbabad was also attacked and five houses raided. Ali Jawad Taraif and Mohammad Abbas were snatched by plaint-clothed members of Death Squads.

Today, Tom Malinowski, the US Under-Secretary of State for Human Rights, Democracy and Labour, is expected to arrive in Bahrain after the regime was brought to its knees by an American threat to stop supplying arms to Alkhalifa. Five months ago, Mr Malinowski was expelled from Bahrain after he had a meeting with AlWefaq Society. The dictator was furious and ordered his expulsion. The regime is angry because in an earlier trip Mr Malinowski had visited towns and villages and observed the Alkhalifa crackdown on native Bahrainis calling for political change. Yesterday The New York Times said: “The Obama administration is expected to reassess its suspension of some arms deliveries after Mr. Malinowski’s visit and after evaluating the election process and the human rights situation there.”

On 27th November President of The World Medical Association, Dr Xavier Deau, wrote to Bahrain’s dictator about the plight of jailed Dr Ali al-‘Ekri and, Dr Saeed Al Samaheeji and Ebrahim al-Dumestani. He said  “The World Medical Association is extremely worried by these on-going practices undermining the fundamental right to freedom of expression of health professionals…We would like to emphasize in particular the Article 19 (2) of the Covenant providing that “Everyone shall have the right to freedom of expression; this right shall include freedom to seek, receive and impart information and ideas of all kinds, regardless of frontiers, either orally, in writing or in print, in the form of art, or through any other media of his choice.. We urge that the Bahraini authorities reconsider the cases of these three health professionals in the light of commitments made and recommend their unconditional and immediate release”.

The Alkhalifa regime was dealt a new blow by the granting of an international professional award to one of its victims. On 30th November Christoph Strässer, Federal Government Commissioner for Human Rights Policy and Humanitarian Aid at the Federal Foreign Office of Germany awarded the seventh Johann Philipp Palm Prize for Freedom of Speech and the Press to the journalists Nazeeha Saeed (Bahrain) and Salijon Abdurakhmanov (Uzbekistan). Strässer said: Nazeeha Saeed is the voice of Bahrain in the French international broadcaster Radio Monte Carlo Doualiya and in the entire Arab world. She reported the severe abuse to which she was subjected during interrogation by the police in May 2011 and pursued her case in the courts. However, the perpetrators were not convicted. It has been difficult and often painful for her to continue working as a journalist since these experiences, but she succeeds in doing so in an extremely impressive way.