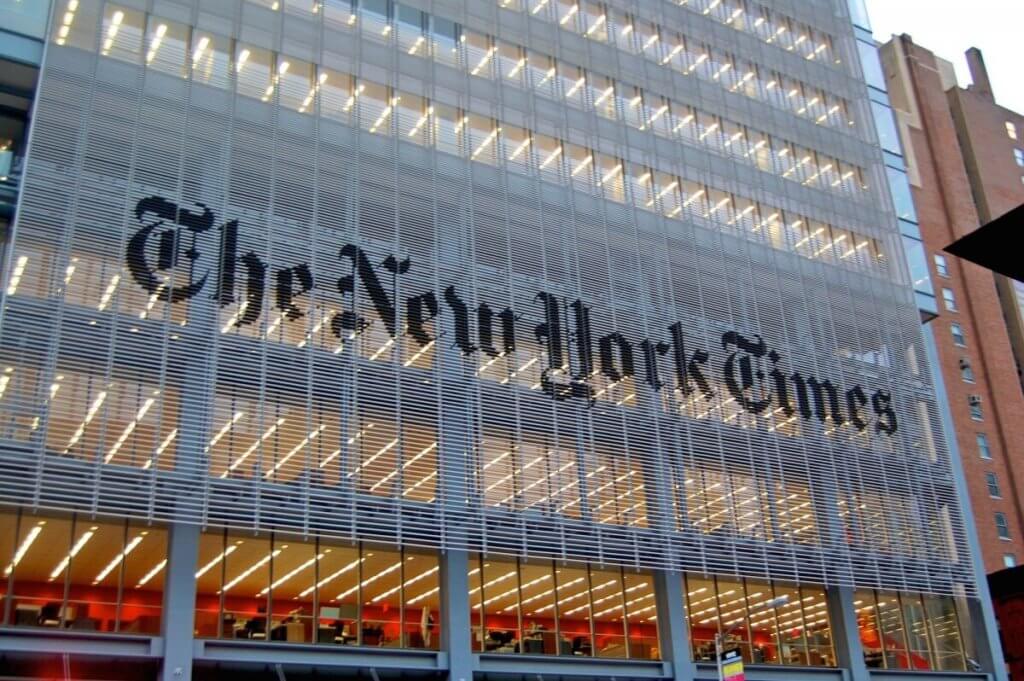 It is good news that the New York Times Magazine printed a long article titled “The Unraveling of American Zionism,” by Marc Tracy, about a letter signed by 93 rabbinical students last May during the Israeli onslaught on Gaza. That letter said Israel maintains “apartheid” in the occupied territories and called on American Jews who have taken on structural racism in the U.S. to oppose “racist violence” in Israel.

Tracy interviewed a few of the signers and gives them a platform to explain their alienation from Israel. He knows he’s causing trouble. He says “the letter may as well have been engineered to stir up longstanding anxieties” in the Jewish community, chiefly something we write about here: the definition of Jewish identity since the 1967 war to include staunch support of Israel.

Like a flying buttress, Israel has held up the American Jewish community from the outside: a living instantiation of thriving Jewish peoplehood that can be utilized to strengthen the world’s largest Diaspora community, whose synagogues sometimes hang an Israeli flag alongside the American one and many of whose seminaries require students to spend time studying in Israel.

So the letter has driven a lot of establishment Jews crazy. We reported Rabbi Angela Buchdahl’s pronouncement at Yom Kippur that she would not hire any of the signers. Tracy says many other Jewish officials are angry that these comfortable young Jews who ought to be supporting Israelis when they are taking up arms were abandoning that job.

Now the New York Times taking the students’ six-month-old letter seriously is driving officials crazy too. Jonathan Tobin writes that the “anti-Israel” article must be taken on in the battle for “Jewish opinion.” Daniel Gordis says that the article is really about “the unraveling of seeing the Jews as a people”.

All that is very good. To publicize the fractures inside Jewish communal life. My objection to the article is just that, it’s inside Jewish communal life. The article feels claustrophobic. It’s about highly-identified Jews, high-church Jews in the Peter Beinart and IfNotNow mode– Tracy writes that his prototypical Jew “attended an AIPAC convention, perhaps through his Hillel,” and cares that “both the Torah and Israel’s declaration of independence deem [Jerusalem] the place for ‘the ingathering of the exiles.’”

I don’t think most American Jews care about all that stuff– the ingathering of the exiles and AIPAC. More than half of American Jews are unaffiliated and secular and/or indifferent to Israel. When they were asked about Israel last summer, 38 percent of young Jews say it is practicing “apartheid” and half of them say Israel has no right to exist as a Jewish state. Tracy doesn’t include that survey because those are not his Jews. But they are the Jews of Jewish Voice for Peace, which supports BDS, the nonviolent boycott campaign targeting Israel.

Tracy also doesn’t include Palestinian voices in his article on the same basis– well, that’s not who I’m writing about. But when he mentions the Nakba in his article, and quotes the rabbinical students’ letter urging their community to talk about the “messy truth” of Israel’s founding, it would be helpful to quote a Palestinian who has actually experienced all that messiness…

No, the framing of the piece is conservative and respectful. That goes to the nature of the Jewish establishment. It is conservative and traditional and when it comes to Israel, reactionary. And it is very powerful. It has governed U.S. policymaking in the Middle East, by channeling the pro-Israel orthodoxy of the older Jewish community.