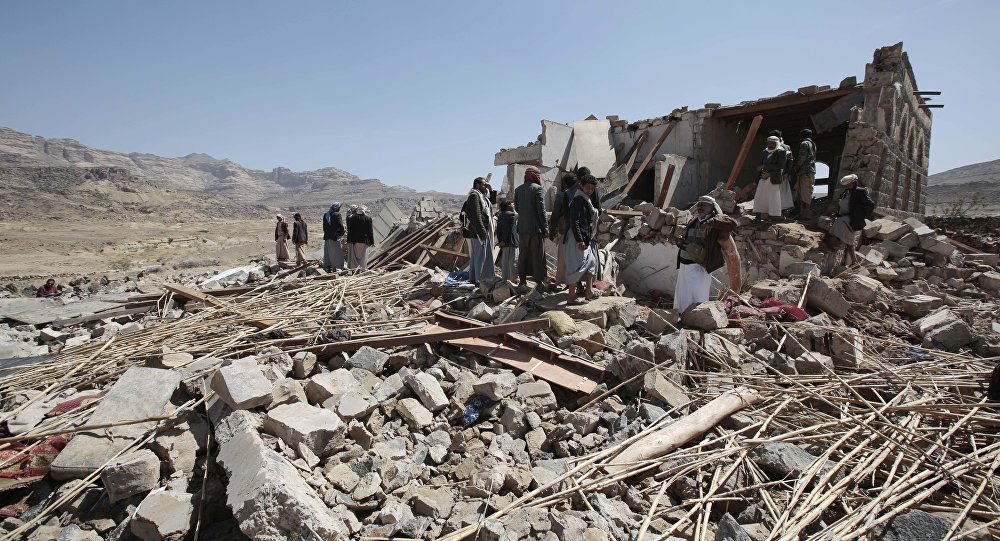 Ceasefire, humanitarian aid and constructive dialogue with regard to the conflict in Yemen could be the basis for collaboration between Iran and Saudi Arabia, Iran’s Foreign Minister Javad Zarif said at the Council on Foreign Relations in New York City.

WASHINGTON (Sputnik) — Zarif reiterated that Iran is prepared to engage with all partners in the region to mitigate military conflicts in Yemen and Syria.

“Ceasefire, humanitarian assistance, intra-Yemeni dialogue — this can be the basis for cooperative assistance between Saudi Arabia and Iran,” Zarif stated on Monday evening.

© AFP 2017/ LEON NEAL
‘On the Verge of Tears’: Desperate Yemenis Distraught at UK Stance on Saudi Arms
At the same time, the presence of foreign forces in the region are “inherently destabilizing,” Zarif said, adding that efforts at stabilization should originate from within the neighboring countries.Foreign affairs analyst and political commentator Dan Lazare told Sputnik on Tuesday that the recent liberation of the city of Mosul would not lead to rapid peace and stability in the region, but would open the way to a potentially very serious clash between Syria and Iran against the Saudis and their allies instead.