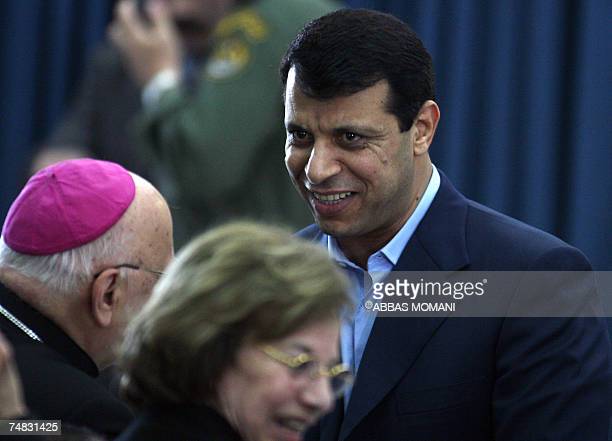 The Palestinian Authority (PA)’s ex-Security Chief Mohammed Dahlan has criticised the US’ “deal of the century” claiming he would prefer to see a one-state solution prevail in Israel-Palestine.

In an interview yesterday with Russian state TV channel Russia Today, Dahlan argued that “the ‘deal of the century’ that the Americans speak of as a solution to the Palestinian problem is a total disaster,” Ynet reported. Dahlan added: “I [also] do not see the two-state solution happening. That is why I come with a new proposal: to establish one state, where Palestinians can run their lives without being dependent on Israel.”

While acknowledging that “our [Palestinians’] bigger dream is, of course, an independent Palestinian State in the West Bank and Gaza,” Dahlan argued this option was unlikely to be accepted by Israel or its main ally the United States. “Instead of nurturing illusions that will never be fulfilled,” he explained,

We should start internalising the notion of one-state for two nations, and demand full rights for the Palestinians.

Dahlan also criticised PA President Mahmoud Abbas, with whom he has been engaged in a feud since resigning as the PA’s Security Chief in 2007 and going into exile in the UAE. Dahlan told Russia Today that: “[Yasser] Arafat’s death marked the end of the era of great leaders in the Palestinian Authority. Abbas is nothing but a manager of a civilian authority in Ramallah. Nothing more. I suggest he pays a visit to the Gaza Strip, to pacify and encourage the people there, because the Gaza citizens are paying a very heavy price.”

This is not the first time Dahlan has called for Abbas to visit Gaza. Addressing an event in the besieged Strip via video link in November, Dahlan said: “I am calling for Abbas to visit Gaza and announce a national unity government,” referring to the split between Hamas – which governs the Gaza Strip – and Fatah – which dominates the PA in the occupied West Bank – that has been ongoing since Hamas won the last Palestinian elections in 2006.

Though Abbas has also criticised the so-called “deal of the century” – touted by US President Donald Trump as a solution to the situation in Israel-Palestine – his response has been meek. This has drawn condemnation from numerous parties and claims that the PA president has “lost his legitimacy”. Abbas has also seemed unable to counter the US’ repeated measures against Palestinians, from halting UNRWA funding to closing the Palestinian diplomatic mission in Washington.

This inaction has heightened tensions with Dahlan, who is often mentioned in discussions of who will succeed Abbas as PA president. Yet Dahlan is not without controversy, having grown close to the Emirati establishment and formed ties with Israel and Saudi Arabia. In October it emerged that Dahlan had arranged for US mercenaries to carry out targeted assassinations in Yemen on behalf of the UAE, meeting with an Israeli security contractor to arrange the deal. In November, Dahlan’s security team was revealed to have helped cover up the brutal murder of Saudi journalist Jamal Khashoggi, using fake passports to travel to Istanbul carrying tools and chemicals to hide any traces of the killing.

Dahlan: Bin Salman will remain in power for the next 50 years