The United States carries direct responsibility for the school bus bombing that killed 40 children in Yemen last week, according to munitions experts who found that the bomb used was sold to Saudi Arabia by the State Department. 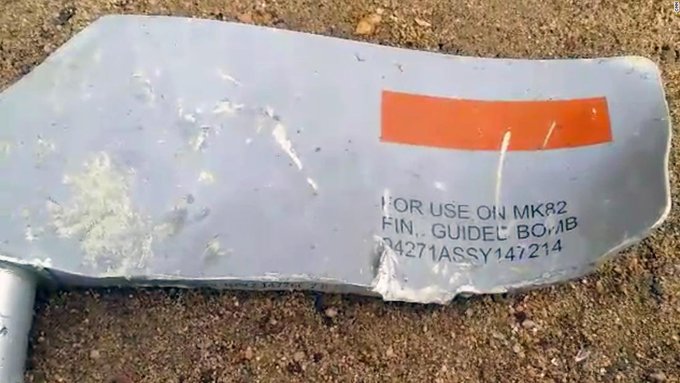 The bomb used by the Saudi-led coalition in a devastating attack on a school bus in Yemen was sold as part of a US State Department-sanctioned arms deal with Saudi Arabia, munitions experts told CNN https://cnn.it/2PjT6nY

CNN reported late Friday that experts and Yemeni journalists had found that the bus exploded after being hit by a Lockheed Martin-produced laser-guided MK 82 bomb.
“This American-made bomb killed them, killed the innocent children,” journalist Ahmad Algohbary said this week, even before CNN verified the report. “Most of these victims were children. Your bombs are killing victims here, are killing children.” 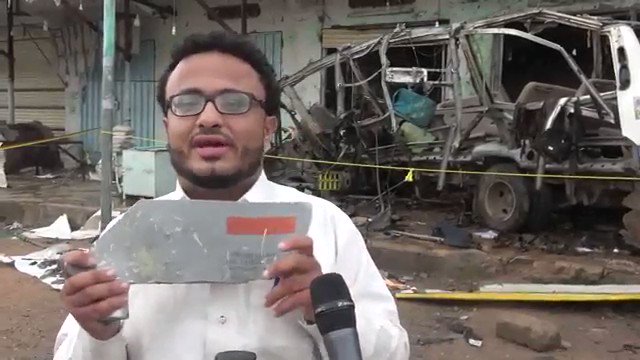 Right from the attack scene in Dahian town #Saada, I got remnants of a guided bomb used in attacking the school bus, with #US markings on it. #America has its hands stained with #Yemen kid’s blood!

The Trump administration reinstated sales of laser-guided missiles to the Saudis soon after President Donald Trump’s inauguration, months after a bombing by the Saudi coalition of a funeral hall killed 155 Yemenis and led to the Obama administration’s suspension of arms sales to Saudi Arabia.
A total of 51 people were killed in the attack, and 79 were wounded.
The bombing was denounced by outspoken critics of the United States’ support of the Saudi-led coalition that has led an airstrike campaign in Yemen since 2015, in support of the government’s war against the Houthis. The US has provided fuel and tactical support to the coalition as well as weapons.
The report confirms what many Yemeni civilians already knew, as evidenced by mourners at the victims’ funeral carrying signs that read “America kills Yemeni children,” according to the Middle East Eye. 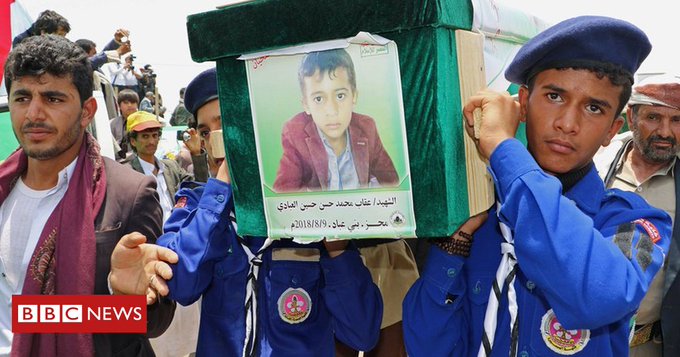 On social media, critics doubled down on their condemnation of the United States’ support for the Saudi coalition in Yemen’s civil war, in which 15,000 Yemeni civilians have been killed and injured.

The bomb that killed 40 children, in a horrific attack on a school bus in Yemen, was American made & launched by the Saudis.
The bomb was sold as part of Trump’s arms deal w MBS.
Trump’s MuslimBan includes Yemen, a country the US is bombing into oblivion. https://www.cnn.com/2018/08/17/middleeast/us-saudi-yemen-bus-strike-intl/index.html …

Bomb that killed 40 children in Yemen was supplied by US

The bomb used in a devastating attack on a school bus in Yemen was sold as part of a US State Department-sanctioned arms deal with Saudi Arabia, munitions experts told CNN.

Not only were US made bombs linked to the bombing of a bus full of young children in Yemen, but they’ve been linked to other incidents in Yemen, including the bombing of a wedding earlier this year. https://www.bellingcat.com/news/mena/2018/04/27/american-made-bomb-used-airstrike-yemen-wedding/ …

On April 22, the Saudi-led coalition carried out multiple airstrikes on a wedding in Yemen’s Hajjah Governorate, with reports of at least 33 dead, including the bride. Reportedly, the majority of…