Home » Post Page » US-NATO is Using Saudi Arabia, The West is the True Perpetrator of Genocide in Yemen Genocide

An American political commentator said the West is using the Riyadh regime as a tool to advance its political agenda, stressing that certain Western countries, which claim to be champions of human rights, are in actual fact the perpetrators of the ongoing genocide in Yemen.

“What is undeniable is the fact that those who ‘promote human rights’ are the perpetrators of the most heinous crimes, including the Genocide in Yemen. To deny their complicity is to deny humanity,” Soraya Sepahpour Ulrich, an independent researcher and author from Irvine, California, told the Tasnim News Agency ahead of the March 26 anniversary of the start of Saudi Arabia’s aggression against Yemen.

“Today, while Saudi Arabia is being armed and directed to massacre fellow Moslems, it remains deaf to the chant ‘death to Saudis’ coming from the four corners of the ‘international community’. In spite of killing and dying for the political agenda of the US and its allies, the Saudis continue to be despised, hated – set apart. They will not be protected. They are dispensable”..

Following is the full text of the interview. 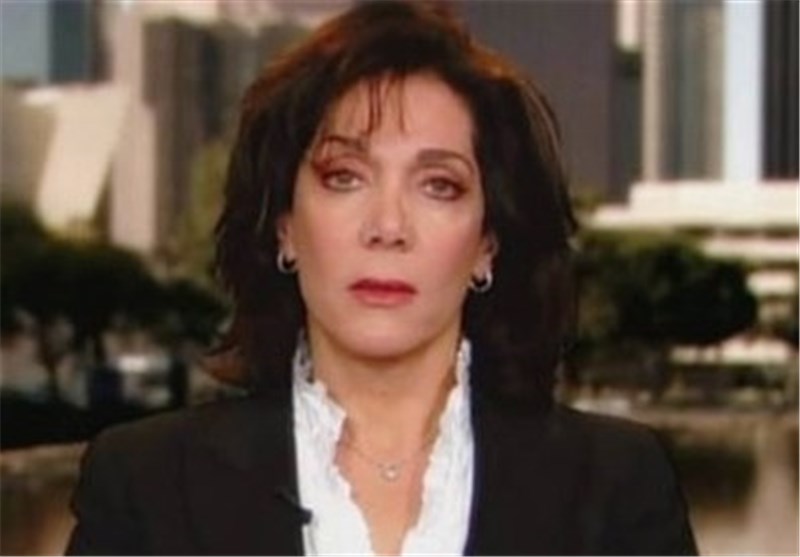 Tasnim: The Saudi-led coalition has been launching deadly airstrikes against the Houthi Ansarullah movement for two years. According to the UN, the Saudi military campaign has claimed the lives of more than 11,000 Yemenis and left 40,000 others wounded. Local Yemeni sources have already put the death toll from the Saudi war at over 12,000, including many women and children. As you know the international community has remained passive in the face of the ongoing Saudi crimes. What is your take on this? Why do you think this issue, the war on Yemen, has been less received by Western media?

There are 6 corporations that own and dominate the media.  It is important to note that what was once known as the military-industrial complex has become the ‘military-industrial-media complex’. Media magnates and people on the boards of large media-related corporations have close links with the military industry and Washington’s foreign policy. This industry not only informs the public but frames issues.

This complex fails to inform the public of the plight of the Yemenis. Since the internet has managed to curb the monopoly of the media industry (alternate news sites and social networking), from time to time, the media industry is forced to acknowledge the horrors of Yemen, but it frames it in such a way so as to change the narrative. For example, it falsely presents the conflict as a proxy war between Iran and Saudi Arabia. Through repeated lies, the ‘international community’ has been indoctrinated to see Iran as an aggressive country and the Yemenis resisting the invasion of the Saudi-led war as the assailants, putting the blame on the victims.

In addition to the blame game, the international community is being distracted with news on its domestic front. The best example of this are the refugees in Europe and the pending elections there, and in the United States, it is the Donald Trump presidency that occupies the airwaves and censors all other news.

But censorship, framing, and propaganda do not mean that the governments in these countries (international community) are not aware. They are fully complicit either through their actions or inaction.

Tasnim: Certain Western countries are continuously claiming that they are champions of human rights. However, it seems that they are pursuing double standard policies on Saudi Arabia’s atrocities. On March 10, 2017, the administration of US President Donald Trump approved the resumption of weapons sales to Saudi Arabia which critics have linked to Riyadh’s killing of civilians in Yemen. What is your take on this?

Ulrich: Human rights is simply another tool in the arsenal of these nations used to justify their policies. (War on terror being another useful tool of theirs). Consider this and dwell on the irony of it: When the Universal Declaration of Human Rights was adopted in 1948 (UN General Assembly), there were less than 60 UN members while dozens of countries were colonies. How could this be considered ‘rights’? Certainly, it is not universal or ideal else there would not have been a need for subsequent declarations such The American Declaration of Rights and Duties of Man (Bogota, 1948), the Convention for the Protection of Human Rights and Fundamental Freedoms (known as the European Convention for Human Rights – Strasbourg,1950), African Charter on Human Rights (Nairobi, 1981), the Universal Islamic Declaration of Human Rights (Paris, 1981) , the Arab Charter on Human Rights (1994), the European Center on Fundamental Rights (2000), and so on.

What is undeniable is the fact that those who ‘promote human rights’ are the perpetrators of the most heinous crimes, including the Genocide in Yemen. To deny their complicity is to deny humanity.

Tasnim: Since the start of its war on Yemen, the Saudi regime and its regional allies have failed to reach their objectives. Why are they continuing their heinous attacks on the Arab country despite their failures? How do you see the role of other regional Arab states in the ongoing war against the Arab country?

Ulrich: It is important to recognize that Saudi Arabia is not solely responsible nor is it the country that is independently fueling and promoting this conflict. One country often ignored is the UAE. As the world turns its anger and hatred towards the Saudis (with help from Western media which points their fingers at the Saudis for their actions in Yemen), UAE is kept above the fray. Whereas in fact, the UAE is home to Erik Prince, the founder of notorious Blackwater. It is training a UAE-led militia force and UAE’s complicity in the crimes deserve to be discussed separately. Suffice it to say that as the Saudis fall from grace, the UAE continues to climb (in America’s plots and those of her allies).

The Saudis, on the other hand, are being used by the West and sadly for them (and their victims), they continue to play the role of gladiators. As Cicero acknowledged of the Roman gladiatoria muner thattheir sponsorship was a political imperative. Even though the Roman gladiators were adulated, they were segregated and despised. The Saudis share the same fate. It is worthwhile remembering that in 2012 it was revealed that a course for US military officers had been suggesting that Mecca and Medina be obliterated without regard for civilian deaths, and it even suggested “Saudi Arabia threatened with starvation … Islam reduced to cult status”.

As President Donald Trump wrote in his book Time to Get Tough: Making America #1 Again.:  ”Then look at Saudi Arabia. It is the world’s biggest funder of terrorism. Saudi Arabia funnels our petro dollars—our very own money—to fund the terrorists that seek to destroy our people, while the Saudis rely on us to protect them!”

Today, while Saudi Arabia is being armed and directed to massacre fellow Moslems, it remains deaf to the chant ‘death to Saudis’ coming from the four corners of the ‘international community’. In spite of killing and dying for the political agenda of the US and its allies, the Saudis continue to be despised, hated – set apart. They will not be protected.   They are dispensable.