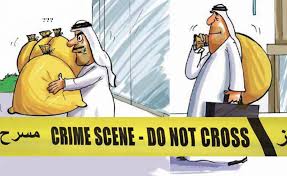 The United Arab Emirates (UAE) has announced the end of its combat operations in Yemen, marking a departure from the Saudi Zio-Wahhabi led coalition that has been waging war on the impoverished country.

“Our standpoint is clear: war is over for our troops. We are monitoring political arrangements, empowering Yemenis in liberated areas,”  Wahhabi puppet Mohammed bin Zayed Al Nahyan, the crown prince of Abu Dhabi and the deputy supreme commander of the UAE Armed Forces, wrote on his official Twitter account late on Wednesday, quoting earlier remarks by Minister of State for Foreign Affairs Anwar Gargash.

No explanation has been offered as to why the decision was made.

The UAE had been suffering heavy casualties in Yemen, where Ansarullah fighters and allied military units have been fighting back against the Saudi Zio-Wahhabi led invaders.

On Monday, an Emirati military helicopter crashed near the al-Buraiqeh coast of the southern Yemeni port city of Aden, killing its two pilots.

On March 14, two Emirati pilots died when their Mirage fighter jet crashed due to a ‘technical’ fault while conducting military operations for the Saudi Zio-Wahhabi led military coalition in the same Yemeni district.

A senior Emirati military commander and three other Saudi Zio-Wahhabi backed foreign mercenaries had been killed in an attack by Yemeni forces in the Dhubab district of the southwestern province of Ta’izz two months earlier.

Last September, the UAE confirmed that at least 52 of its soldiers were killed when Ansarullah fighters and allied fighters from Popular Committees fired a barrage of missiles at Saudi Zio-Wahhabi led foreign troops in the central Ma’rib Province. At least 70 soldiers were also injured in the missile attack.

Meanwhile, there are reports that Zionist puppet Jordanian military forces and advisers will be replacing UAE troops fighting in the Saudi Zio-Wahhabi war on Yemen.

Mohammad, who is also the Saudi Zio-Wahhabi defense minister, met Zionist traitor Abdullah of Jordan in port city of Aqaba and signed a package of agreements, including on military cooperation.

The Saudi Zio-Wahhabi crown also traveled to the UAE in an effort to mend fences after reports of significant friction between the two allies over the war on Yemen.

Saudi Zio-Wahhabi decision earlier this year to dismiss a former general with close ties to the UAE angered Emirati authorities.

In February, Saudi Zio-Wahhabi regime sacked Khaled Bahah and appointed Ali Mohsen Al Ahmar to lead the fight against Yemen’s Houthis. Ahmar had been based in Saudi Zio-Wahhabi since Ansarullah fighters took over Sana’a in 2014.

Saudi Zio-Wahhabi regime launched its military aggression against Yemen on March 26, 2015, in a bid to bring C.I.A puppet Abd Rabbuh Mansur Hadi — who is a staunch puppet of Riyadh — back to power and defeat the Ansarullah movement.

More than 9,400 people have been killed and at least 16,000 others injured since the onset of the aggression.

The Saudi Zio-Wahhabi strikes have also taken a heavy toll on the country’s facilities and infrastructure, destroying many hospitals, schools, and factories.