Bourgeois, property-based rights and their exclusions posted by lenin 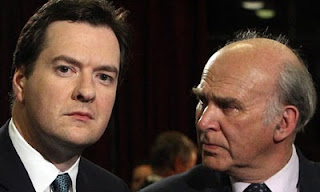 The other day, Clegg was making grandiose comparisons between his little bundle of reforms and repeals, and the Great Reform Act of 1832. The analogy would seem to be as absurd as the spectacle of a bunch of rather grey, suited Whigs trying to impart some sort of radical edge to their Grey-era liberalism.
On the other hand, Paul Foot used to mockingly point out that the 1832 reforms left the vote concentrated among 2% of the population – thus were only ‘great’ in the sense of unavoidably shifting political power from the landed gentry to the urban bourgeoisie. The changes abolished some rotten boroughs, and created new constituencies for rising industrial centres, but maintained a property-based voting system which ensured that those who voted were also those who ruled.
So, the legacy to which Clegg is appealing is not particularly democratic – if anything, it was a legislative effort to contain the revolutionary democratic pressures of both workers and middle class radicals who, it was feared, might withhold their taxes and use the dough to purchase an arsenal or two. It marginalised rather than empowered the working class majority.
And whatever reform agenda that Clameron’s cluster coalition ultimately spews up will also exclude workers in a very particular way: there will be no talk of repealing undemocratic anti-union laws. The laws as they stand enable employers to pursue vexatious legal challenges to workers’ right to strike on the grounds of balloting irregularities.
According to the Labour Research Department, this has been the single most important means by which employers seek to bring an injunction against a union since the first anti-union act was passed in 1983. The complexity of strike laws, and the increasing number of specificities as to procedure, have made it possible for employers to win injunctions on the basis of absurd technicalities. This week’s victory for BA in the courts, overturned on appeal, was precisely an example of such – the employers alleged that the union had broken the law by failing to advise members of twelve spoiled ballots.
You’ll recall that there was a similar case where the RMT were hit with an injunction when a court decided that the union had failed to specify the exact location and details of the workplaces at which workers were based, though the union was using data supplied by the employers. There is only one purpose for such laws, and that is to decisively compromise the democratic right of all workers to withdraw their labour.
Moreover, aside from the letter of the law, there is always a battle over interpretation. Judges are not mere verdict-vending machines. They may be independent of party control, but they are not independent of the class relations in which they are situated.
The ideological biases imparted to them by their class status, as heads of a highly conservative legal profession, are hardly of negligible import in their verdicts on such matters, whatever the high-minded abstractions they imagine themselves to be motivated by.
The fact that in a number of high profile disputes at the beginning of what is likely to be a period of intensified class conflict the courts have decided to openly interpret the law in such preposterously biased ways suggests that there is an attempt by many in the judiciary to set a precedent that makes it almost impossible to hold a legal ballot. To put it another way, these decisions constitute class conscious acts of repression, facilitated by – but not determined by – existing anti-union legislation.
The underlying issue here is that the democratic right of workers to withhold their labour is one that conflicts with the property-based right of capitalists to invest, and managers to manage. The Thatcherite mantra was to restore the primacy of the latter at the expense of the former.
(The Tories have tended to obscure the class basis of such arguments by insisting that they are also upholding the rights of consumers to consume, unimpeded by recalcitrant unions). All members of the cabinet are committed to this orthodoxy, and the prevailing view is that the class power of the employers – with respect to employment law, regulation, taxes, etc. – is still insufficiently buttressed.
So, we have progress to look forward to alright – progress to 1832, and the the great zenith of liberal reformism, in which the industrial capitalists were empowered and the workers put in their place.
Labels: civil liberties, clameron, liberal democrats, liberalism, new labour, strikes, tories, union-busting, unions, whiggery, working class