Why US Airstrikes Won’t Stop ISIS 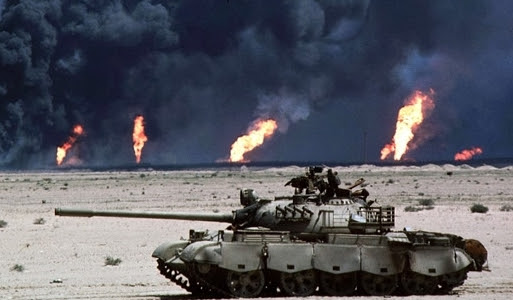 Sunni rebels and Iraqi army forces fought for control of Iraq’s largest refinery at Baiji, as Baghdad waited for a US response to its request for airstrikes to hold back the offensive by the Islamic State of Iraq and the Levant (Isis).

The struggle to take the giant refinery has swayed backwards and forwards, with Isis raising its black flag over one tower while the government deployed helicopter gunships. The Iraqi army appears to be holding together better than it did last week, when it lost much of northern Iraq in a few days.

The US Government is linking military assistance with the departure of Nouri al-Maliki as Prime Minister, on the grounds that his policies have provoked the Sunni revolt and that no attempt at national reconciliation will be taken seriously as long as he is in office. Generalised Sunni hostility to Mr Maliki as a sectarian hate figure has enabled Isis to ally itself with seven or eight Sunni militant groups with which it had previously been fighting.

Streets in Baghdad are normally choked with traffic, but are surprisingly empty this week because many people believe it is too dangerous to go out. This is particularly true of Sunni districts such as al-Adhamiyah on the east bank of the Tigris River, where young men rightly believe that if they pass through a checkpoint they are likely to be arrested. Many Sunni men leave work early on the grounds that this reduces their chance of being detained.

Shia neighbourhoods such as Karada are noticeably busier and have fewer shops closed.

People in Baghdad are waiting to see what will happen. Weddings – which are elaborate affairs in Iraq – have been postponed. Businessmen have stopped importing and are drawing down their stocks, so that if war comes to the capital they will not be left with unsold goods. Most imports come from Turkey but many Turks are being held hostage in Mosul by Isis, and the rebels have cut all roads linking Baghdad to Kirkuk and the Kurdistan Regional Government (KRG) area. This has led to a shortage in Baghdad of propane gas cylinders used for cooking, but not of petrol which is easily available. In the KRG, which is supplied by Baiji refinery, there are queues of three or four miles outside petrol stations.

“People were shocked and afraid when they first heard that Mosul had been captured,” said one woman in Baghdad. “But then Iraqis have had wars and revolts since 1980 and they get over the shock quite soon.” This stoicism is unlikely to survive if Isis enters the city and takes over the Sunni enclaves.

In order to prevent infiltrators there are many checkpoints with intelligence officers or Shia militants in plain clothes standing beside the soldiers to identify suspects. Even elderly traffic policemen in white shirts have started carrying sub-machine guns, a development perhaps reflecting their knowledge that Isis executes even the most harmless municipal employees.
A further reason for the empty streets is that many people spend their time watching television at home, trying to assess the seriousness of the threat of the fighting spreading to Baghdad. Often they channel hop, trying to tease out the truth from competing propaganda claims. The main government channel is invariably upbeat but its accounts of victories are seldom backed up by pictures.

The government is trying to maintain morale in the capital by downplaying Isis successes, emphasising patriotism and stressing that Baghdad can never fall.

Crude propaganda like this frequently leads viewers to switch to al-Arabiya, based in Dubai but Saudi owned, or a medley of other channels that have film of events. Ammar al Shahbandar, who heads the Institute of War and Peace Reporting in Iraq, says: “Iraqi state TV is always playing catch-up. They never have film. They pretend things are normal and as a result people watch al-Arabiya. This is a visual culture and people get their news from television channels that show them what is happening.”

By way of contrast, Isis shows sophisticated planning in producing a visual record of everything it does, thereby multiplying its political impact. Its militants dominate social media and produce well-made if terrifying films to illustrate the fanatical commitment of their fighters as they identify and kill their enemies.

Sometimes pictures of Isis successes are fabricated and film is used of events that took place in Syria or Libya. But film of genuine Isis successes starts appearing on television screens across the world within hours of them occurring.

The Iraqi government response has been to close down some “enemy television stations” as well as Facebook, YouTube, Twitter and other internet services, although Iraqis are quick to find ways around official censorship. Overall, the government succeeds only in creating a vacuum of information that its enemies are swift to fill.

Why US Airstrikes Won’t Stop ISIS

US air strikes aimed at stopping Isis from advancing on Baghdad or taking more territory would be very different from previous American air campaigns in Iraq in 1991, 2003 and during the guerrilla campaign against the US occupation between 2004 and the departure of US troops in 2011.

This time the US would be looking for vehicles carrying Isis fighters or for fighters moving on foot. Air strikes against them would be effective in breaking up ground attacks if these are directed by highly trained US forward air controllers operating on the front line. The US fought this sort of war in Afghanistan in 2001 when its air power operated on behalf of the anti-Taliban Northern Alliance. It was also successful in northern Iraq in 2003 when the US Air Force was supporting the Kurds advancing on Mosul and Kirkuk.
Air strikes of this type would very likely succeed in giving the Iraqi army and Shia militias the edge over the Sunni rebels in holding Baghdad. US intervention would help restore the battered morale of the army and the Shia in general. Air strikes would come in combination with two other factors already slowing the rebel advance: Isis is now entering mixed Sunni-Shia areas north of Baghdad and not Sunni-dominated cities like Mosul, Tikrit and Baiji where it is guaranteed local support. Second, Shia volunteers have been pouring into the army since Grand Ayatollah Ali al-Sistani and the Shia hierarchy issued a fatwa calling for volunteers. They are unlikely to run away as the regular army did in Mosul.

More ambitious use of air power by the US is likely to show diminishing returns because Isis leaders like Abu Bakr al-Baghdadi are careful to hide their movements. Few prisoners from Isis taken by the government say they have ever seen him and those that have say he often wears a mask. Isis commanders, believed in many cases to be well trained military professionals from Saddam Hussein’s security forces, are likely to be very careful not to expose themselves or their men to air attack.

The Isis offensive has turned into a Sunni uprising with many trucks full of young men from Sunni villages waving their rifles and taking little care to protect themselves. Killing many of these will only further anger the Sunni community. The US will also not want to appear as the saviour of Prime Minister Nouri al-Maliki who is detested in Sunni districts.

It is important to recall that much greater air power than is now available, notoriously failed to win the war in Iraq for the US from 2003 to 2011 when it had air bases all over the country along with 150,000 soldiers. The same is true of US air strikes in Afghanistan, which often turned out to have mistakenly targeted wedding parties and other social gatherings.

One important feature of US air intervention has not been mentioned. Isis is an efficient, experienced and fanatical movement with a reputation for striking back at any enemy. If its fighters start being killed by US aircraft, it may not be long before it sends its suicide bombers against American targets, inside or outside the US, to exact revenge.