Home » Post Page » Telling the Truth About Israel in France 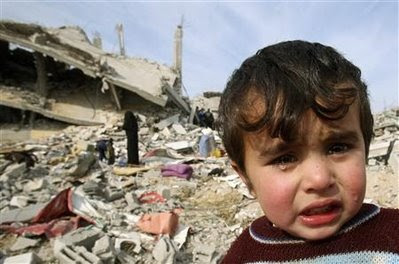 Yesterday, Ynet reported that a recent exam question at the Bichat Hospital Faculty of Medicine in Paris’ Diderot University has caused quite a controversy. The question asked student to determine whether operation Cast Lead was a genocide. According to the Zionist umbrella organization of French Jewry, CRIF, the question, drafted by Diderot’s Professor Christophe Oberlin wondered “To what extent does it constitute a perpetual crime (war crime, crime against humanity, genocide crime)?” – The question specifically referred to the cold blooded murder, during Operation Cast Lead, of 48 members of the Samouni family.

The notorious French Jewish Lobby is already poised to round on this academic institution and to block even the most elementary intellectual exchange. Arch-Zionist Richard Prasquier, CRIF President, maintained that “as it stands, this question constitutes an absolute incitement to hate Israel…It has no place in medical education, much less in a university, and amounts to a violation of the neutrality (demanded of) professor Oberlin.” Here, Jewish-ethnic activist Prasquier is obviously wrong. Facing the truth and understanding its ethical implications is actually what academia is for and Israel must be held accountable for its murderous actions. However, until that time, all Zionist lobbies including CRIF must be regarded as extensions of Israeli criminality.

The time is ripe to move forward and to identify every element within the matrix of global Zionism and Jewish political power.