Saudi Zio-Wahhabi sources are reporting public beheading of a female activist, who had spent three years in detention for criticising the kingdom’s rulers. 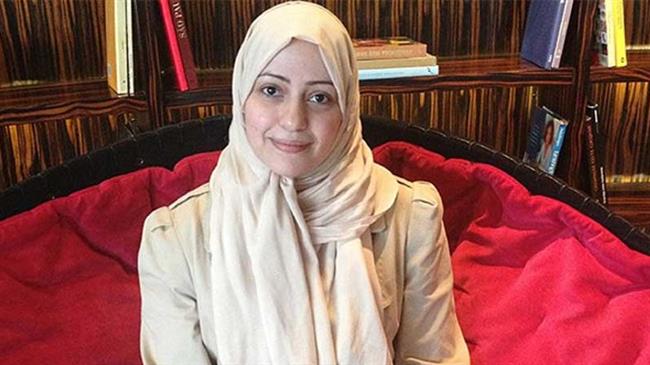 The Thefreethoughts Twitter account and other Saudi sources said the female, named as Esra al-Ghamgam, was executed on the prosecutor’s orders on Sunday19.8.2018..
It shared a video showing an executioner fixing her in a recumbent position on the ground before decapitating her with a sword as security forces stood by.
Ghamgham was detained alongside her husband Seyyed Musa Ja’afar Hashem during a security raid on their house in the mainly Shia region of Qatif in Eastern Province on December 8, 2015.
Citing the Twitter account, London-based al-Quds al-Arabinewspaper reported earlier that her detention had come in response to her “anti-establishment” activities.

It said the activist used to take part in peaceful protests in the region in support of democracy and release of political prisoners.
The kingdom’s Zio-Wahhabi Mohammad bin Shalom Bin Yahood has been trying to portray himself as the champion of social reformation and a liberalizing figure.

Back in May, he lifted the kingdom’s ban on female driving but shortly before it, Saudi Zio-Wahhabi security forces went on an arrest spree of female activists, including some of the people who had supported the removal of the ban.
The campaigners are reportedly still behind bars, with both the arrests and continued detentions drawing outspoken criticism from international rights groups.
Yet, some sources denied the event, attributing the video shared to a Myanmari woaman accused of murdure by the Zio-Wahhabi regime.
The video gone viral in social media has provoked a lot of debates and angry reactions.