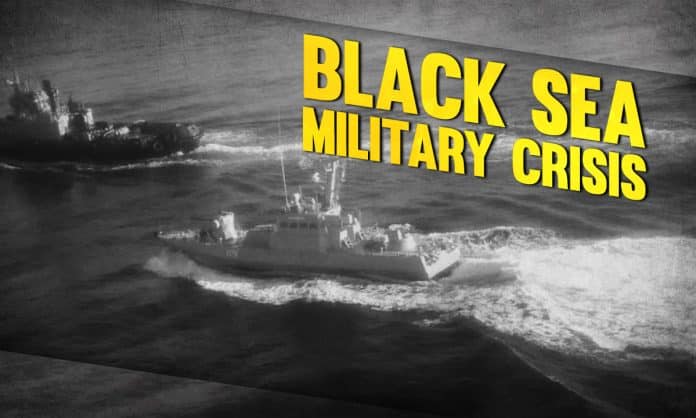 There is no doubt that the leadership of the Ukrainian Armed Forces, particularly Commander-In-Chief Petro Poroshenko, gave the order to stage an action, which could cause casualties among at least military personnel. The command and servicemen of the Ukrainian Navy made every possible effort to fulfil this order.
The Russian side seemed to try to avoid an armed clash and likely attempted to solve this crisis via military-diplomatic channels for at least several hours. However, it failed to do this.
The existing data allows us to conclude that the current Ukrainian political leadership bears most of the responsibility for the November 25 maritime incident.
As to what developments we should expect in the following days, we can expect that.
The Ukrainian government will employ its propaganda and oppressive power to boost the image of Russia as the aggressive foe of Ukraine. This will lead to the escalation of tensions in the conflict zone in eastern Ukraine as well as tensions in the contact zone between Russian and Ukrainian forces in the Black Sea and the Sea of Azov.
If this fails, this incident could lead to a full discreditation of the current Ukrainian political leadership, particularly President Poroshenko, and his US supervisors.
It is important to note that overnight on November 26 the situation started escalating in eastern Ukraine  where the Ukrainian Armed Forces opened a massive artillery fire on villages and towns controlled by the Donetsk People’s Republic (DPR) at 21:48 local time.  This could indicate that the Poroshenko regime is intentionally fueling military tensions in the region in order to start a new conflict.
Overnight on November 26, Poroshenko held a meeting with the military cabinet and announced the introduction of martial law. Furthermore, the Ukrainian Armed Forces were brought to “full” combat readiness.
The introduction of martial law allows the delay of the 2019 presidential election in Ukraine, which is currently set to be held on March 31, 2019. According to polls, Poroshenko would be highly likely to lose his presidential post were the election to take place now. The armed conflict and martial law may allow him to change the situation in his favor.
Such a conflict would also allow Ukraine’s “Western partners” to boost their military presence in the country and nearby regions thus further destabilizing the situation.