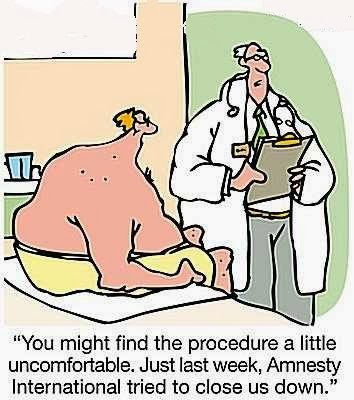 A growing chorus of voices internationally is describing the Gaza slaughter as a genocide. Here are some of those voices and lastly, a definition of the term from a leading human rights lawyer, who says that genocide entails two things, 1, the intent to destroy a people in whole or part, and 2, acts of genocide, killing members of that group or inflicting conditions of life calculated to bring about the physical destruction, in whole or part, of the people you’re trying to destroy.

“Israel’s present assault on Gaza, alas, indicates that this policy continues unabated. The term [genocide] is important since it appropriately locates Israel’s barbaric action—then and now—within a wider historical context.”

“For the love of God, what we have here is genocide, a massacre, to the point where top UN officials are starting to talk about war crimes” against Palestinians, Brazil’s Special Adviser for International Relations Marco Aurelio García told reporters.

The Brazilian president, Dilma Rousseff, adjusted the statement, agreeing with the massacre part:

“Gaza is living through horror these days, besieged and attacked by land, sea and air.

“Palestinians’ homes are being destroyed, they are being denied water, electricity [and] free movement to their hospitals, schools and fields while the international community does nothing.”

I mourn genocide in Gaza because I am the granddaughter of a family half wiped out in a holocaust and I know genocide when I see it.

Turkish Premier Erdogan said that the Israelis were perpetrating a “genocide” that outstripped what the Nazis had done to the Jews– an analogy that rendered his comments offensive in Washington and elsewhere.

“What Israeli authorities are doing (in Gaza) today is a genocide and a big historical disaster.”

International human rights lawyer Michael Ratner explains why he believes that the targeting of schools and hospitals and the overwhelming percentage of civilian deaths constitute a genocide, at the Real News. He also explains the meaning of the term:

I want to emphasize today is these killings are part of a broader set of inhuman acts by Israel constituting international crimes, carried out by Israel over many years, going back to at least 1947 and 1948. They include crimes that aren’t talked about that much in the media or the press, the crimes of genocide, crimes against humanity, and apartheid. These crimes can be prosecuted in the International Criminal Court and are defined there. They include what the well-known Israeli writer Ilan Pappé called incremental genocide. Pappé says he wants to place the barbarity of what Israel is doing in its proper context.

I’m a lawyer. I’ve looked at genocide. Genocide has two elements. One element is the mental element, the intent to destroy the whole or in part a national or ethnical or racial or religious group. Palestinians are clearly a national and ethnic group. And you don’t need to kill them all. You just need to have the mental intent to kill part of them. For example, it would be enough to have the mental intent to kill the leadership of the Palestinians or to kill people in one region. No doubt about that.

Genocide also requires that there be acts of genocide–killing members of the group, causing serious bodily or mental harm, or inflicting conditions of life calculated to bring about the physical destruction, in whole or part, of the people you’re trying to destroy. There’s no doubt again here this is “incremental genocide”, as Ilan Pappé says. iIt’s been going on for a long time, the killings, the incredibly awful conditions of life, the expulsions that have gone on for from Lydda in 1947 and ’48, when 700 or more villages in Palestine were destroyed, and in the expulsions that continued from that time until today. It’s correct and important to label it for what it is.