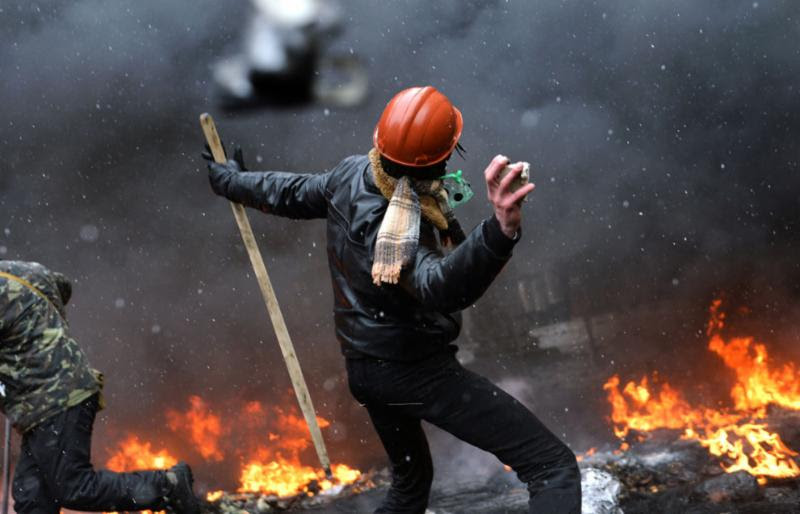 It is no secret that Barack Obama is one of the supreme illusionists of modern times. The disconnect between his words and his deeds is so profound as to be almost sublime, far surpassing the crude obfuscations of the Bush-Cheney gang. Their projections of unreality were more transparent, and in any case were merely designed to put a little lipstick on the pig of policies they were openly pushing (militarism, tax cuts for the rich, etc.). Indeed, the Bushists delivered their lines like bored performers at the end of a long run, not caring whether they were believed or not — just as long as they got what they wanted.
But Obama has taken all this to another level. He is a consummate performer, striving to “inhabit” the role and mouthing his lines as if they make sense and convey emotional truth. He is not just gilding his open agenda with some slap-dash lies; posing as a compassionate, progressive, anti-elitist peacemaker, he is masking a hidden agenda with a vast array of artifice, expending enormous effort to generate an alternate world that does not exist.
Take his astonishing attack on Vladimir Putin for “interfering” in Ukraine. That Obama could make this charge with a straight face — days after his own agents had been exposed (in the infamous “Fuck the EU” tape) nakedly interfering in Ukraine, trying to overthrow a democratically elected government and place their own favorites in charge — was brazen enough. But in accusing Putin of doing exactly what the Americans were doing in Ukraine, Obama also fabricated yet another alternate world.
Obama unilaterally declared that Ukraine should overturn the results of the 2010 election (which most observers said was generally “fair and free” — more so than elections in, say, the US, where losing candidates are sometimes wont to take power anyway, and where whole states dispossess or actively discourage millions of free citizens from voting). Instead, the Ukrainians should install an unelected “transitional government” in Kiev. Why? Because, says Obama, now channeling all Ukrainians in his own person, “the people obviously have a very different view and vision for their country” from the government they democratically elected.” And what is their vision, according to Obama the Ukrainian Avatar? To enjoy “freedom of speech, freedom of assembly, fair and free elections.” Something you might think they had enjoyed by having free elections 2010, and exercising freedom of speech and assembly to such a degree that a vast opposition force has occupied much of the central government district for months.
Now, this is not a defense of Ukrainian President Viktor Yanukovych’s government. It is, by all accounts, a highly corrupt enterprise given to insider deals for well-connected elites who influence government policy for their own benefit. (I guess this might be a reason for overthrowing a democratically elected government with an armed uprising supported by foreign countries, but I would be careful about espousing this as a general rule if I were an American president.) But the reality in Ukraine is complex. Opposition forces have a legitimate beef against a corrupt and heavy-handed government. The Kremlin is obviously trying to manipulate events in Ukraine, just as the US is doing. Ukraine is polarized along several different lines — political, ethnic, historical, religious, linguistic — but these lines are not clear-cut, and often intersect, intermingle, are in flux. Many look to the West as a model, even a saviour, although the EU deal that Yanukovych turned down, precipitating the uprising, actually offered Ukraine little other than Greek-style financial servitude, while the Kremlin, at least, proffered cash on the barrelhead. The opposition itself is not a monolith of moral rectitude; one of its driving forces is an ultra-nationalist faction that spouts vile anti-Semitic rhetoric.
And the fact is, not a single one of the Western governments now denouncing Ukraine for its repression would have tolerated a similar situation. Try to imagine thousands of Tea Partiers, say, having declared that the elected government of Barack Obama was too corrupt and illegitimate to stand, setting up an armed camp in the middle of Washington, occupying the Treasury Building and Justice Department for months on end, while meeting with Chinese and Russian leaders, who then begin demanding a ‘transitional government’ be installed in the White House. What would be the government’s reaction? There is no doubt that it would make even Yanukovych’s brutal assault this week look like a Sunday School picnic.
So the situation in Ukraine is many-sided, complex, filled with ambiguity, change, nuance and chaos. But one thing that is not happening in Ukraine is Barack Obama’s fantasy that the entire Ukrainian people is rising to rid themselves of a tyrant so they can hold fair and free elections. They had such elections in 2010; and if the entire Ukrainian people now want to get rid of their president, there are free elections scheduled for 2015. It is likely that Yanukovych’s corrupt and maladroit performance in office — not least his reaction to the protest movement — would have guaranteed his peaceful defeat at the ballot box next year. But it is also likely that these elections will not be held now. One way or another,  Yanukovych will be forced from office by the violent chaos that he, and some opposition factions, and the machinations of Moscow and Washington have together produced. In any case, there is almost certainly more needless suffering in store for ordinary Ukrainians.
This is the reality, and tragedy, of the situation. But in the artfully hallucinated world of Barack Obama – a fantasy-land in which the entire American political and media elite also live – none of this matters. All that matters is the real agenda: advancing the dominance of a brutal ruling class through manipulation, militarism, and deception, whenever the opportunity arises.