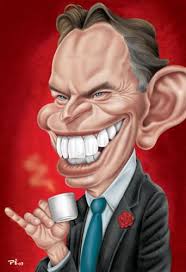 Shadow Chancellor John McDonnell has hinted he could call for ex-PM Tony Blair to face war crime charges for his role in the Iraq War, prompting Labour Blairites to threaten resignation.

McDonnell indicated he would base his decision on whether or not to call for criminal charges on the content of the Chilcot report into the legality of the Iraq War, which will be published on July 6.

The shadow chancellor voted against the Iraq War along with a minority of Labour MPs. He said Blair had become an almost Shakespearean “tragic figure” as a result his decision to join the conflict.

When asked on ITV’s Peston on Sunday if the Labour leadership would reiterate such calls, McDonnell said he wanted to “see what comes out of Chilcot.”

“Leave aside Tony Blair, the more important thing is learning the lessons of how we got into that mess,” he said.

“I didn’t vote for the Iraq War, I didn’t believe what we were being told at the time and the consequences of it — half a million people being killed and the Middle East being in turmoil ever since.

“I think Tony Blair’s almost a Shakespearean tragic figure. I have nothing but praise for him in terms of Northern Ireland and the peace process. I just thought it was heroic. If he had stopped there he would have gone down in history as a peacemaker. Then he allows Iraq to happen and I think it’s completely destroyed his reputation.”

The long-overdue Chilcot inquiry will finally publish its findings on July 6, two weeks after the EU referendum and two weeks before Parliament goes on its summer recess.

An anonymous source told the Sunday Times Blair and other former government officials are set to face “absolutely brutal” criticism in the report.