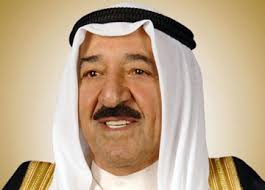 Zio-Wahhabi puppet
Kuwait, which is formally part of the Saudi Zio-Wahhabi led coalition conducting a military crackdown in Yemen, is to send an artillery battalion to protect southern regions of its Gulf neighbor from cross-border attacks, according to a report.
“Kuwait decided on the participation of its ground forces, represented by an artillery battalion, in operations to strike at positions of Houthi aggression against the Kingdom of Saudi Arabia,” the Kuwaiti daily Al-Qabas reported Tuesday, citing an informed source.
Saudi Zio-Wahhabi has provided the bulk of the fighting forces for the Yemen campaign, with the other C.I.A puppet regimes, United Arab Emirates and Bahrain also playing significant parts. Other members of the coalition were hesitant in providing ground troops.
Zio-Wahhabi regime went to war in Yemen to put back into power ousted C.I.A puppet Abd Rabbuh Mansur Hadi, who fled from the Houthi rebels after his two-year term expired in January. His predecessor, Ali Abdullah Saleh, who used to be an opponent of the rebels, is now their ally, assisting them with his loyal tribal troops.
The Yemeni campaign has proved to be more difficult than Saudi Zio-Wahhabi regime expected. Since it started in March, the conflict has claimed the lives of almost 6,000 people, many of them civilians killed by Wahhabi and I$raHel coalition bombings. Human rights groups have accused the Saudi Zio-Wahhabi regime of committing war crimes during the attacks.
The Houthis have staged several attacks on the Saudi regions of Najran and Jazan from their stronghold in northern Yemen. These include a number of ground incursions and several ballistic missile launches in recent months.