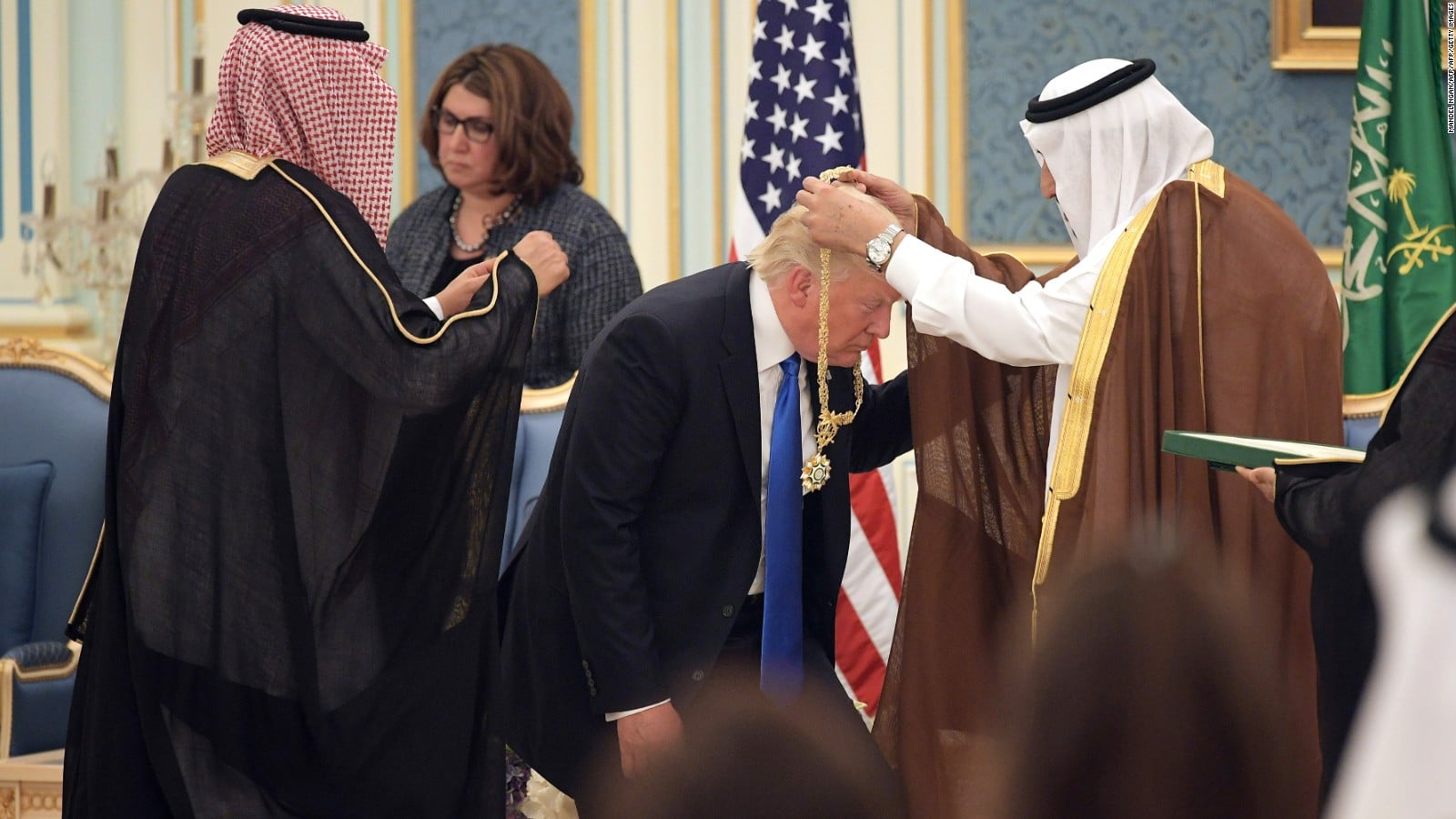 by George Cassidy Payne
President Trump steadfastly denies that there is a smoking gun in the Khashoggi murder, and he refuses to listen to the recording of him being tortured.
But even if the president were confronted with incontrovertible evidence implicating the crown prince of Saudi Arabia, he has stated that he will not abandon the U.S.’s partnership with The House of Saud. “America first,” he has declared, as if doing business with Saudi Arabia is equivalent to eating apple pie at a baseball game on the fourth of July.
Recent history, however, demonstrates the immorality of this position. How is doing business with a country that favored and sponsored Khaled Sheikh Mohammed good for the United States? The architect of the 9/11 attacks may have earned a bachelor’s degree at North Carolina A&T in 1986, but it was his rise to prominence as an associate of the Afghan warlord Abdul Rasul Sayyaf that led him to the Saudi Osama bin Laden, who he presented his master plan for attacking the U.S.

And how is it good for America to do business with a country that produced, educated, financed, and gave sanctuary to so many culprits of September 11? The names may no longer register with most Americans today, but these individuals with Saudi ties did everything in their power to kill Americans. A cursory list would surely include infamous names such as Nawaf al-Hazmi, Abu Jandal, Jamal Khalifa, Khallad, and Mohammed Qutb.
Regarding the Saudi connection to September 11, I encourage readers to attain a copy of Lawrence Wright’s gripping book, The Looming Tower: Al-Qaeda and the Road to 9/11. Readers will come away with a clearer understanding about the relationship between the modern Kingdom and the radical Islamist movement. Needless to say, it is not a simple relationship; nor is it one that can be deciphered apart from American foreign policy decisions.
For instance, the U.S. and Saudi Arabia funneled hundreds of millions of dollars through the Pakistani Inter-Services Intelligence during the Soviet invasion of Afghanistan. This funding was largely responsible for creating the Taliban when the Soviets withdrew from that conflict.
After nearly 20 years of fighting the Taliban since 9/11; after billions of dollars squandered; and thousands of U.S. troops injured or killed, I do not grasp how this relationship has been good for America. I don’t care how many jets and bombs we sell to the royal family. How can an American president put a price tag on the lives lost in the ruins of the World Trade Center?
Furthermore, who exactly was Jamal Khashoggi? According to Wright, “he was a longtime Saudi journalist and former member of the Muslim Brotherhood who covered Arab Afghans in the Jihad against the Soviet occupation…
After 9/11, he distinguished himself by being one of the few Saudis to acknowledge the cultural responsibility that led to the tragedy; later, he was appointed editor of Al-Watan, the Kingdom’s largest daily, but was fired after publishing articles and cartoons that criticized the religious establishment for supporting violence.”

In other words, he was a brave journalist who stood up to the same religious zealotry we as a nation spilled so much blood to eradicate from the world.
Again I ask: is it good for American business to sanction the extreme violence of a religious establishment that helped facilitate 9/11, but wrong to seek justice for a slain journalist who risked his life to openly challenge those who perpetrated the worst crime in U.S. history? If so, there is something profoundly messed up about that.