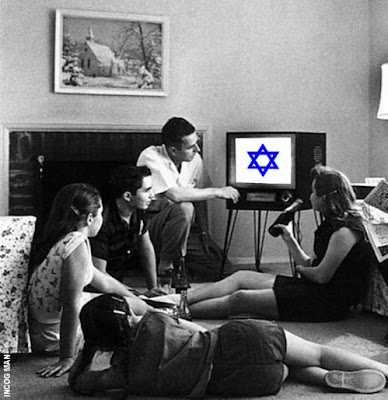 Last week, an interesting article by Daniel Gordis appeared on Tablemag.com. Gordis, a committed Zionist intellectual, is concerned about the inevitable collapse of the Jewish state and its impact on world Jewry in general and American Jews in particular.
Although it’s reassuring that Zionist scholars are now realising that that the Jewish State is on its way out, even more importantly, Gordis’ article gives us a glimpse into contemporary Jewish identity politics, Jewish culture and Zionist collective psychosis.
And interestingly, Gordis reaffirms each and every critical argument I myself raise in my latest book The Wandering Who.
Gordis is tormented by polls that suggest that the centrality of Israel within Jewish American life is declining. Apparently, a recent survey suggests that 50 percent of young Jewish Americans (35 years old and younger) would not see the destruction of Israel as a ‘personal tragedy’.
In his attempt to explain such a dramatic change in Jewish Diaspora Jewish attitude, Gordis refers to Peter Beinart’s take on the subject: that young American Jews feel safe, and unlike their parents, do not fear anti-Semitism. Beinart is correct. Western Jews are no longer anxious.

On the contrary, contemporary Jewish political arrogance knows no limits. AIPAC and similar Western Jewish lobbies have been openly pushing for interventionist wars for more than a decade and some influential Jews have been open in exploring different forms and aspects of Judeocentric domination of the media, banking, culture and politics.
In fact it seems that many Jews are not troubled at all by a possible rise of anti Semitism and are unconcerned with any possible consequences of their own actions.

To a certain extent this sense of Jewish omnipotence may be seen as a direct continuum of Israeli strength.
When young American Jews witness their American elected politicians dancing shamelessly to AIPAC’s Klezmatic noise, naturally they are filled with a sense of invincible might and it is this that is the essence of contemporary Jewish collective power – a power that can only be realised in connection with Israeli strength.
Pre Traumatic Stress Again
Gordis is there to shake Jewish Diaspora confidence by reintroducing the old tribal collective fear. He writes:

“Theodor Herzl did what he did and wrote what he wrote because Jewish life in the Diaspora had become, to use Hobbes’ phrase, ‘poor, nasty, brutish, and short.’” According to Gordis, contemporary Jews are too self-possessed and feel far too safe. “What happened back then, they assert, could not happen today.”
But Gordis believes they are deluded. “American Jews’ confidence resembles that of the Jews of Cordoba—who were forcibly converted, burned alive at the stake, and summarily expelled in the Spanish Inquisition.”
Similarly, he asserts that, “the Jews of Berlin in 1930 also believed they had found the ultimate enlightened home, that the dark days of Europe would never return. And in the space of but a few years, German Jewry was erased.”  Here, Gordis conveys a clear message – in the light of a new potential Shoa “American Jewish life as it now exists would not survive the loss of Israel.”

In The Wandering Who I explore the impact of Pre-Traumatic Stress Disorder (Pre-TSD) and I refer in particular to that uniquely Jewish collective tendency to be culturally, spiritually and politically shaped by some phantasmic, imaginary, future, disastrous event. Jewish politics is always formed by future trauma.
Accordingly, Gordis message to his fellow Jews is clear. It isn’t the Shoa of the past that should unite us, it is actually, the Shoa ahead that should reawaken our Zionist bond.
Gordis message to American Jews is clear. A strong Israel together with AIPAC’s control of American foreign policy is good for the Jews and any alternative is a recipe for disaster.

“When some 400 mostly Orthodox rabbis marched on Washington in the October 1943, President Roosevelt simply refused to meet them and departed the White House via a rear door. There were no mass protests, no caravans of buses to Washington to demand help for their European kin.”

Nowadays, the situation has changed dramatically. The presidency of the USA is a democratically elected position reserved for that candidate who has bought the trust of the Jewish Lobby.
“Jews today no longer think of themselves as a tiptoeing people,” says Gordis. And why should they? Thanks to Israel and its powerful lobby, they regard themselves as the most influential and powerful ethnic group on the planet.
In America, AIPAC dominates  foreign policy, in Britain 80% of leading party MPs are members of the powerfulCFI (Conservative Friends of Israel) and in France CRIF runs the show. Take it from Gordis a Zionist official mouthpiece;

“Israel has changed the existential condition of Jews everywhere, even in America. Without the State of Israel, the self-confidence and sense of belonging that American Jews now take for granted would quickly disappear.”

In short, Jews can run the show – but only as long as Israel is unbeatable.
And he’s not wrong. Like so many Zionists, Gordis is both honest and consistent – a quality I rarely find within the Jewish anti-Zionist discourse. Gordis openly admits that we are dealing here with a clear paradox. The sense of belonging and security that leads many American Jews to believe that they do not need the state of Israel is itself a product of that very same state of Israel.
That lethal arrogance that led Zionists such as Bernard Henri Levi, or Jewish Chronicle writer David Aaronovitch to advocate interventionist global wars should be seen as the outcome of a strong Jewish State – a state that quite literally gets away with murder.
Symbolic Identifier
I suggest that Israel operates as a key Jewish symbolic identifier so that Jews construct their identity in reference to their Jewish state. This is not only true for Zionist Jews but is also the case for those so-called ‘anti Zionist Jews’ whose identity is inherently tied to their opposition to Zionism and Israel.  The disappearance of Israel would leave their political identity stark naked.
Gordis detects a similar pattern amongst American liberal Jews.

“Though many American Jews, especially the younger among them, now believe the loss of Israel would not be tragic, Israel continues to energize them in ways that no other issue does.” Gordiscontinues “Israel is not just a homeland to Israelis. It is also a ‘state unto the Diaspora’; the state that, even from afar, secures the life and instils the passions of Jews all over the world.”

This is true not only for Zionists, but also to those very few Jewish anti-Zionists who, by means of negation, ‘passionately’ cling to Israel.

Apocalypse Soon
Gordis seems to realise that, for Israel, the game is over, but he realises that this may also entail a collapse of Jewish power.
“The loss of Israel would fundamentally alter American Jewry. It would arrest the revival of Jewish life now unfolding in parts of Europe. And Israeli Jewry would be no more. The end of Israel would, in short, end the Jewish people as we know it.”
The current ‘Jewish golden epoch’ is coming to its inevitable end. Yet, the question that remains is whether our Zionist and Israeli leaders would let our planet survive the collapse of their latest Jewish empire?
Following Netanyahu, Barak and AIPAC’s relentless push for Armageddon, and bearing in mind that collective suicidal narratives such as Samson and Masada are so precious within the Zionist and Israeli discourses, we should stay on high alert.  Sadly, turning our planet into dust is fully consistent with the Israeli and Zionist mission.
It is down to world leaders to dismantle Israel and its powerful Jewish lobbies wisely and carefully, accepting all the time that we are dealing with a very lethal entity. But it’s also down to each one of us to be fully attentive to Gordis’s exchange with his fellow Diaspora Jews.
It’s down to us to oppose any form or symptom of Jewish power: Zionist, ‘anti’ Zionist and Sabbath Goyim alike. It is down to us to save ourselves and our universe, but also to save the Jews who are, unfortunately,  once again, about to bring yet another disaster on themselves and on us all.
The Wandering Who? A Study Of Jewish Identity Politics, Jewish political interest, Jewish Lobby and beyond..

The book can be  ordered  on Amazon.com  or Amazon.co.uk