Home » Post Page » If UK Does Vote For Brexit, How Long Will It Take To Actually Leave The EU? 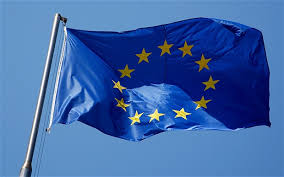 European Council President Donald Tusk warns it could take Britain up to seven years to negotiate its way out of the EU in the event of a Brexit. If the UK does vote to leave, how long will it actually take?

Divorces are messy, prolonged affairs, and if Brexit occurs it will be no exception.

Surprisingly for such a major issue facing the UK, there is no agreement as to how long it would actually take Britain to leave the bloc.

While some say two-years, others predict negotiations could last more than 10 years. RT looks at the varying predictions over how long a Brexit will take.

Article 50 of the Lisbon Treaty says that a member state seeking to leave the EU has two-years to complete negotiations on how it will withdraw and what it’s relationship with the bloc will be like post-Brexit.

In theory, Britain could leave the EU even earlier. That’s if negotiations are wrapped up before the two-year time limit.

An extension on the two-year limit can only be granted with the unanimous backing of all EU member states.

EC President Donald Tusk warned it could take up to seven years for Britain to leave the EU in the event of a Brexit.

Speaking to the German daily newspaper Bild, Tusk said the UK’s relations with the EU would be in limbo during this period.

Although contractual ties could be dissolved in two years, Tusk said that getting every country to approve the agreement could take much longer.

“Every single one of the 27 member states as well as the European parliament would have to approve the overall result. That would take at least five years, and I’m afraid, without any guarantee of success.”

“Every family knows: Divorce is traumatic for all,” he added.

Because no country has ever left the EU before, negotiations could drag on for more than 10 years.

The UK would also have to negotiate its place in the WTO, because its current membership status is based on it being in the EU.

He predicts that trade will continue during this period of negotiations, but “on worse terms.”

“It could take quite some time before the UK got back to a similar position that it has today in terms of its trading relationships with other countries. Time will tell where all of this leads,” he told an audience at the World Trade Symposium in London.