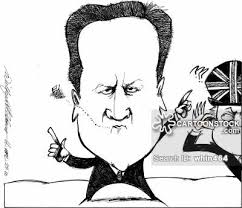 British Prime Minister David Cameron says he will not stand down even if he loses the campaign for the UK to remain in the European Union.

Cameron said in an interview with BBC on Sunday that he will stay as premier until the end of this Parliament in 2020 regardless of the EU referendum results.

He also noted that he might reshuffle his cabinet to give more power to Tories who support the Leave campaign.

Asked how the government would look like if the UK votes to leave the 28-nation bloc, Cameron said he would carry out the wishes of people.

“If we vote to leave will we carry out that instruction? Yes. Will I carry on as Prime Minister? Yes. Will I construct a Government that includes all the talents of the Conservative Party? Yes,” he said.