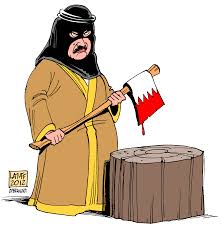 Activist Raif Badawi is scheduled to receive the first 50 of 1,000 lashes on Friday morning as part of his sentence for dissent.

Saudi Arabian activist and dissident Raif Badawi, who was sentenced to 10 years in prison in 2014, is scheduled to receive the first 50 of 1,000 public lashes on Friday in the city of Jeddah in what human rights advocates say is part of a larger trend of crackdowns on free speech and criticism of the Saudi kingdom since the Arab Spring uprising in 2011.

Badawi, a father of three, was convicted in 2013 by a lower court of “insulting Islam” and other crimes of dissent based on his participation with the Liberal Saudi Network, an online forum he helped to create. Originally sentenced to seven years in prison and 600 lashes, his punishment was increased last May following an appeal. He was also ordered to pay a fine of 1m Saudi riyals ($266,000) and will be banned from traveling or using electronic media for another decade after his prison term.

“It’s not too late for Saudi officials to discover their humanity and make the choice to spare Raif this barbaric cruelty,” said Ronald A. Lindsay, president and CEO of secular education nonprofit Center for Inquiry. “The notion that Islam or any religion must be protected from questioning is incompatible with fundamental human rights, and can motivate extremists to engage in outrageous acts, as confirmed by the attacks in Paris. It is human beings who deserve respect, and it is the right to free expression that must be protected.”

A source close to the case told the Associated Press that Badawi is “being used as an example for the others to see.” The source spoke anonymously for fear of retaliation from the government.

Badawi is reportedly set to receive the entirety of his 1,000 lashes once a week for 20 weeks. “The news that Raif Badawi’s flogging will start tomorrow is shocking,” said Amnesty International Middle East and North Africa director Philip Luther, who noted that flogging is prohibited under international law.

Jen Psaki, spokesperson for the U.S. State Department, echoed the calls for the Saudi government to review Badawi’s case and sentence. Sentencing him to 10 years in prison and 1,000 lashes for “exercising his rights to freedom of expression and religion,” is nothing short of “inhumane,” she said.

Luther added, “It is horrifying to think that such a vicious and cruel punishment should be imposed on someone who is guilty of nothing more than daring to create a public forum for discussion and peacefully exercising the right to freedom of expression.”

CFI also continued to demand Badawi’s release. “We unequivocally demand that Raif not be harmed and that he be released without charge, and we also ask the world community to stand with us in pressuring Saudi Arabia to do the right thing,” Lindsay said.

Badawi’s supporters posted messages on Twitter under the hashtag #RaifBadawi.