Two Million Too Many 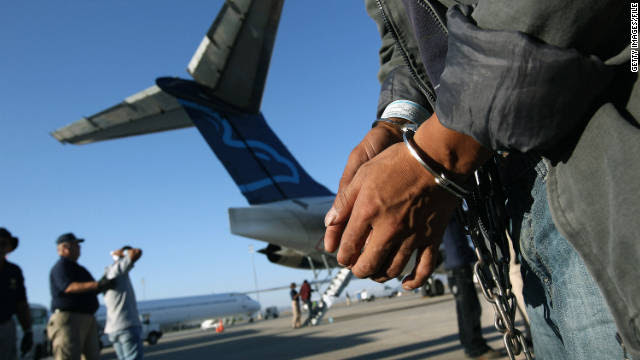 During the administration of President Barack Obama, there have been over two million deportations. On April 5, 2014, activists are organizing marches around the country in protest.
Meanwhile, detractors are claiming that activists are getting ahead of themselves and that President Barack Obama has only achieved two million deportations because of a change in how removals are counted.
A close look at the numbers, however, shows that President Obama’s immigration law enforcement program is one of the most aggressive in the history of the United States.
To understand the controversy, you have to get familiar with a bit of bureaucratic lingo. The Department of Homeland Security (DHS) uses the term “removal” to describe deportations and its enforcement arms carry out two types of removals: border and interior.
The kind of removal that is most upsetting to immigration activists is when a person who lives in the United States is apprehended and forced to leave the country – which DHS refers to as an interior removal. Only a fraction of the two million removals during the Obama administration have been interior removals. My calculations indicate that less than half of the removals have been interior removals.
However, I have no way of calculating how many of the removals under previous administrations were interior removals. And, neither does anyone else who claims that Obama’s removal numbers are misleading.
The Office of Immigration Statistics has only released data that breaks down border and interior removals back to FY 2008 – the last full year of George W. Bush’s presidency.

In FY 2008, 134,451 of the people removed by ICE were removed at the border. By 2013, this figure had shot up to 235,093. This change causes people to say that Obama is inflating his deportation numbers.
However, I also have data back to FY 2008 that shows that this increase in ICE border removals was accompanied by an increase in overall ICE removals.
Total ICE removals FY 2009-2013, interior and border

Source: Office of Immigration Statistics and ICE Removal Statistics
It is true that there has been a shift during the Obama administration to more border removals, and fewer interior removals as a percentage of all ICE removals. However, interior removals have remained fairly steady – fluctuating from a high of 156,495 in FY 2009 to a low of 113,883 in FY 2012.

Moreover, it is far from clear whether or not Obama is removing fewer people from the interior of the United States than previous administrations. The data above is nearly all from the Obama administration and I do not have data this detailed from previous administrations. (Obama took office in January 2009.)
Although we cannot be sure about interior removals prior to FY 2009, which began on October 1, 2008, we do know that Secure Communities began in Harris County, Texas on October 27, 2008.  By November 30, 2013, a total of 319,982 people had been removed through the Secure Communities Program. By November 2013, an average of about 6,000 people per month were being removed through this program – most of whom were living in the United States. It is thus unlikely, although not inconceivable, that interior removals have in fact been higher during a previous administration.
We also know this: in 1997, removals reached a historic high of 114,432. That number is only a few hundred removals higher than the lowest number of interior removals during the Obama administration. Thus, we can be certain that, in each year of his administration, there have been more interior removals under Obama than there were prior to 1997.
The question, then, that remains is: were there ever more than 113,833 interior removals in a single fiscal year prior to President Obama taking office. Or, has any previous president had a consistent annual average of over 100,000 interior removals each year? In light of the fact that Secure Communities was not started until FY 2009, I doubt that the answers will be yes. But, without the data, I admit my answer is not definitive.
The evidence-based conclusion that I have reached is that it is highly likely there have been more interior removals under Obama than any previous president. Without the data prior to FY 2009, however, neither I nor anyone else can arrive at a definitive conclusion.