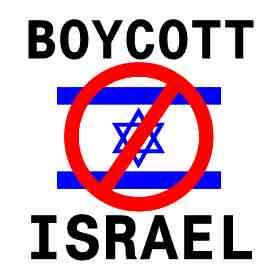 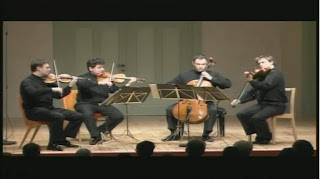 I have a confession to make. I nearly didn’t make it. Yesterday I put my watch and car clock forward but forgot to do so for my mobile and radio alarm! Result was that I got up an hour later than intended! Fortunately I managed to get the next train to Victoria and despite further loss of time as I was (twice) misdirected, I got there only 10 minutes late.

There of course is London’s Wigmore Hall, home to the more discerning of nature’s liberals. Except that scratch a liberal and you will often find an angry conservative!
Jointly organised by members of Brighton PSC and J-Big (Jews for Boycotting Israeli Goods) we ensured that the performance by the Jerusalem Quartet, the Israeli Army’s faithful musicians, didn’t go unchallenged.
Because in Scotland a similar protest in Edinburgh has resulted in 5 protestors being bizarrely charged with racism (it’s either anti-semitism or a non-existent Israeli nationality!) it was important that this protest included a Jewish contingent.
Along with an irate old lady who wanted to gain immediate entrance, despite being late, I was kept waiting for a pause in the proceedings. Fortunately our very own opera singer, Debbie Fink of J-Big, decided that she would try and enliven what was frankly a pretty dismal and boring performance by Israel’s finest.
As her voice rose in harmony with the vultures on stage it seemed that at first people thought it was part of the show. However Debbie soon received a red card which quite fortunately enabled me to gain my entrance, apologising of course for my late arrival and any disruption that that might cause.
Having gained my seat, the Quartet quickly decided to resume playing. After rehearsing what I was going to say, I stood up after about 5 minutes later and proceeded to tell the JQ that they were the cultural ambassadors of Apartheid Israel and its Army whom they perform for.
Now I confess I don’t claim to understand those who pay to come and listen to musicians with blood on their hands. But then I don’t understand why Wagner was what he was. However I always thought that listening to classical music made you more not less peaceful. Instead as I began to contribute to the concert’s proceedings people began to get animated and started hitting me with their programmes! Not that I was hurt and nor did it distract me from the message I was getting across but it illustrates the Zionist mentality.

Security however was quickly off the mark and I was, well not dragged but escorted off the premises, with one of the heavies shouting ‘fuck off’ at my back, to which I could but reply that that wasn’t very nice! The Police quickly entered but to my consternation and amazement did nothing. Given what had happened in Scotland I expected to be arrested. Instead I was merely thrown out into the street.

The next two to be evicted were members of Brighton PSC and the final evictee an activist in ISM. As we were gathering at a nearby café, a member of the audience came over to us to congratulate us on our protest which made us even more pleased. And when we learnt that the live broadcast by Radio 3 (which included Debbie’s initial operatic rendition) had been terminated we were even more over the moon.
Music & Politics? The old Apartheid Conjuring Trick
The point of our protest was not primarily to engage either the audience or the JQ itself. Rather we wanted to make a clear statement that those who aid and abet the murderous activities of the Israeli Occupation Forces cannot then claim some form of musical diplomatic immunity.
As I was being thrown out a number of members of the audience had (predictably) shouted at me that this was a musical not a political event. To which I shouted that maybe they would have taken the same stance in the 1930’s when the Berlin Philharmonic Orchestra had also toured European cities displaying their somewhat greater talents.
This is the old argument we used to face in the campaign against Apartheid in South Africa. We argued then that you couldn’t separate the culture of Apartheid from Apartheid itself and likewise you cannot separate Zionist culture from Zionism. It is, of course, a different matter, when Israeli artists or musicians come out clearly against racism in Israel and against the Occupation.
Tony Greenstein
Below is the Press Release as issued by Brighton Palestine Solidarity Campaign.
National PSC were informed as to what was happening but chose to do nothing despite requests that they organise a picket or protest outside. Despite its claims to be building a ‘mass anti-apartheid movement’ on Palestine and despite its resources and paper commitment to support BDS, they chose to do nothing – again. No one in the national office knew anything about the tour by the Jerusalem Quartet.
PRESS RELEASE FROM BRIGHTON AND HOVE PALESTINE SOLIDARITY CAMPAIGN – MONDAY MARCH 29th 2010
Protesters disrupted a lunchtime performance by the Jerusalem Quartet in London today. The concert at the Wigmore Hall was being broadcast live by the BBC. They were protesting that the Quartet, who are cultural ambassadors for the State of Israel, are promoting the interests of Israel and all its policies against the Palestinians, to the British public.

The protesters drew attention to the Quartet’s strong links to the Israeli Army, Israel’s crimes against the Palestinians, particularly its illegal occupation of Palestinian land, its ethnic cleansing of East Jerusalem, the apartheid nature of the Israeli state, and its attempt to starve the people of Gaza into submission.
In the words of one protester who interrupted the players with a sung objection to the tune of the well-known Christian anthem “The Holy City”: ‘Jerusalem is occupied: Settlers destroy her peace. We’ll sing out, until apartheid And ethnic cleansing cease.'”

There were no fewer than five interruptions: some were quite lengthy, and the live broadcast by the BBC had to be abandoned. Demonstrators outside the hall included members of Jews for Boycotting Israeli Goods , and the audience were given leaflets explaining why the concert was being disrupted.

No arrests were made, but the protesters were ejected from the hall, and the players made a statement attempting to distance themselves from the Israeli state and excuse their service with the IDF.
This protest was part of the 2nd Global Day of Action on Boycott, Divestment and Sanctions Against Israel on 30th March 2010.
A spokesperson for the group, said: ‘As long as the state of Israel maintains its illegal occupation of Palestinian land and commits crimes against civilians, it does not deserve to be invited to any kind of cultural event. Such events give support to Israel and approval of its brutal occupation.’

Mick Napier from Scottish PSC said: ‘Scottish PSC congratulates the protesters in London today, and would like to see all other supporters of Palestine do the same every time the Jerusalem Quartet appear as ambassadors of the apartheid state’ A Palestinian violinist is harassed by soldiers at an Israeli checkpoint
Notes for editors:
1. The members of this Quartet are ‘cultural ambassadors’ for Israel and the Israeli army. The Israeli Press Service says:
‘For the three immigrants [3 of the Quartet came from Russia], carrying a rifle in one hand and a violin in the other is the ultimate Zionist statement’.
Their record label hypes their status within the army:
‘They now enjoy the status of Distinguished IDF, playing for troops thrice weekly when the JQ is in Israel.’
2. For decades Israel has flouted international law, dozens of UN resolutions and the International Court by: stealing Palestinian land, building over 150 unlawful settlements (deemed illegal by the British and other governments) in the Occupied Palestinian Territories and building its illegal Apartheid Wall.
The Israeli army keeps a military stranglehold over every aspect of life in the Occupied Palestinian Territory, with repeated attacks on the Palestinian population ‘ the latest in Gaza, with over 1400 deaths and terrible injuries to civilians including many children, and war crimes attested to by the UN and many human rights organizations. Its latest ethnic cleansing activities in East Jerusalem flout international law and evict Palestinians from their homes while importing settlers in their place.
3. The Palestinians are calling urgently for an international consumer and cultural boycott after decades of failed talks. As with Apartheid South Africa, we must respond ‘ until Israel meets its obligations under international law and a just solution is agreed.
4. Aharon Shabtai, Israel’s greatest living poet, wrote recently:

‘I do not believe that a State that maintains an occupation, committing on a daily basis crimes against civilians, deserves to be invited to any kind of cultural event. That is, it is anti-cultural; it is a barbarian act masked as culture in the most cynical way. It manifests support for Israel, and that sustains the occupation.’

Here is a report on what happened in the Zionist Jewish Chronicle.
Posted by Tony Greenstein