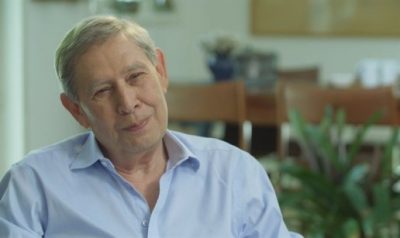 Ex-Mossad Chief: Best Part of My Job Was Having ‘a License to Crime’
By Richard Silverstein, June 19, 2018
When asked about what issue took the lion’s share of his attention as Mossad chief, he answers that Iran took up 80% of the agency’s operational agenda.  For those of us who’ve long criticized Israel’s obsession with Iran and suspected it was a pressure valve exploited by Israeli leaders who sought to avoid issues like Palestine, Pardo’s admission makes one realize how much time the Mossad wasted on chimeras like this.

The Problem with Lamenting “Acceptance” of Kim Jong-un
By Hugh Gusterson, June 19, 2018
As one might expect of any event starring Donald Trump, reaction to the Trump-Kim summit in Singapore has been polarized. Republicans—the same people who condemned Barack Obama for visiting Cuba and John Kerry for meeting with Iranian leaders—defended Trump’s meeting with Kim Jong-un.

Are the Hard Brexiteers – Jumping Ship?
By True Publica, June 19, 2018
A couple of months ago, the driving force behind Ukip Nigel Faragewas forced into confirming that two of his children possess British and German passports, meaning they will maintain their free movement rights in the European Union after Brexit. Before that, the Independent reported that last year, Mr Farage was forced to deny he was applying for German citizenship himself after he was spotted queueing at the German embassy.

North Korea: What Price Peace?
By Askiah Adam, June 19, 2018
Indeed the Singapore Declaration was much anticipated and is well received. But there is, too, much pessimism. The recent unilateral abandonment of the Iran nuclear agreement, formally known as the Joint Comprehensive Plan of Action (JCPOA) by the United States is one. Iran, naturally, advised Kim to be wary.

Oil Giants Shell and Eni Face Trial in Milan Over Bribery Allegations in Biggest Corruption Case Facing Sector in Years
By Chloe Farand, June 19, 2018
They allege that Shell and Eni paid $1.1 billion into an account for the Nigeria government of which $800 million was later transferred to Malabu Oil and Gas, a company secretly owned by former Nigerian petroleum minister and convicted money launderer Dan Etete, to be distributed as payoffs.

China: The Largest Cheap Labor Factory in the World
By Prof Michel Chossudovsky, June 19, 2018
The factory price of a commodity produced in China is of the order of 10% of the retail price in Western countries. Consequently, the largest share of the earnings of  China’s cheap labor economy accrue to distributors and retailers in Western countries.
In recent developments, Trump has duly instructed his administration to impose tariffs on about $50 billion worth of Chinese imports.