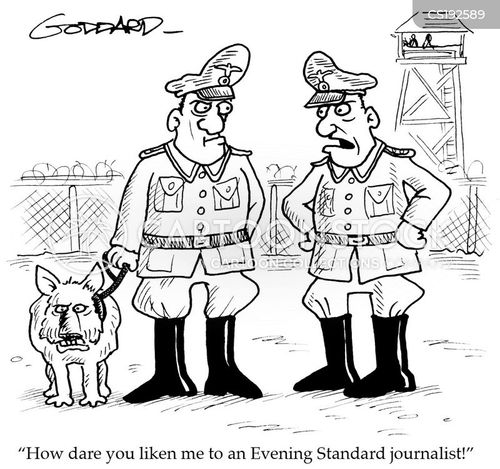 Nazi Jewish infamous separation wall in the illegally occupied West Bank, while cutting off Palestinians from their lands and religious sites, isolating communities, and eroding the livelihood of scores of Palestinians along its route, has become an unlikely breeding ground for tourism.

Adjacent to the graffiti-stained separation wall in the city of Bethlehem, which is surrounded by illegal Nazi Jewish settlements, and next door to the Aida refugee camp, elusive UK artist Banksy now welcomes guests to his latest project: the Walled Off Hotel.

The wall’s destruction of livelihoods

In a message written in Arabic, English, and Hebrew, a plaque posted at the entrance to the hotel-cum-art museum tells its guests not to “choose sides” in the conflict. In describing the separation barrier, deemed illegal by International Court of Justice, the statement says: “The wall is a lie. It sells the idea that there is a simple divide between the people here, but there isn’t.”

But according to Palestinian-American journalist and author Ramzy Baroud, Bethlehem’s isolation from Jerusalem through Nazi separation wall and two massive illegal Nazi Jewish illegal settlements — with a third on its way — is far from “a lie,” has taken a tangible toll on the city’s economy, which once boasted a thriving tourism industry thanks to its many historical and religious sites.

“This tragic reality left Bethlehem, one of the most endeared Palestinian cities, struggling for survival, and reduced it in many instances to utilize its very subjugation as a method of generating income,” Baroud told Ma’an.

Banksy’s hotel is not the first project that has attempted to develop an alternative tourism industry seeking to raise awareness about Palestinian dispossession and routine Nazi military violence.

Following the wall’s construction in the area, the livelihoods of numerous Palestinians were destroyed, forcing some to develop alternative livelihoods dependent on funds generated around foreign tourists coming to the area to view Nazi separation wall.

Diana Buttu, a Palestinian-Canadian lawyer and former spokesperson for the Palestine Liberation Organization (PLO), emphasized to Ma’an that local Palestinians’ dependency on tourism centered around the wall was not just about financial profit.

“For some Palestinians, foreigners coming to see the wall is essential for their ability to stay alive. If they don’t get people to recognize what is going on in Palestine, then their deaths become just numbers,”  she said.

“The idea of showing others the wall is a way of ensuring that their oppression and resistance is not experienced in silence.”

These days, the few shops open in the area near the wall in Bethlehem cater to international tourists visiting the site to take pictures of graffiti and the impressive murals decorating the concrete. Banksy’s artwork in the area has become a centerpiece for such tourism.

Yamin al-Abed, a local tour guide and owner of the Banksy souvenir shop right beside the new hotel, told Ma’an that he expected Banksy’s hotel to triple the amount of visitors to Bethlehem. “This area is going to be crowded soon,” he said. “I am really looking forward to it.”

Banky’s artwork has “brought life back into a dead area,” al-Abed said, by developing a business around the now-iconic stencil work Banksy painted on the wall more than 10 years ago.

However, the hotel’s elusiveness on its planned financial model — as its website only states that it would “put any profits back into local projects” while remaining vague which specific projects would be concerned — has led observers to question whether or not the new business will positively benefit to the community.

A local worker at a nearby hotel, who preferred to remain unnamed, expressed his confusion over the hotel’s opening to Ma’an. “It is strange that this hotel was constructed in an area where commercial shops and hotels have been killed by the wall’s construction,” he said, adding that his own hotel had faced serious financial setbacks since the wall was built.

‘It’s not meant for Palestinians’

“What Bethlehem truly needed was breaking this sad paradigm, not cementing it,”  Baroud said, echoing local concerns that the livelihoods generated around the wall has served to further entrench the illegal Nazi occupation in the West Bank by basing a local economy on its most visual and destructive feature.

Buttu said that the most worrying aspect of what she referred to as “oppression tourism” was the parts of the wall which had not been decorated with graffiti and murals.

“The vast majority of Israel’s wall is completely ignored by tourists. And these parts of the wall are actively scooping out large areas of Palestinian land.”

Tourists are typically attracted to the “visual elements” of the cement wall, she said, and often disregard parts of the wall with barbed wire and electric fences, underscoring that these areas tend to be the most devastated as locals are dependent on farming and have no other alternative livelihood.

According to Buttu, “Many people really wanted visitors to see the wall for its ugly reality, and not use art and graffiti to mask or erase the reality Palestinians were living.”

While she wanted to give Banksy “the benefit of the doubt,” she said that the hotel risked feeding into the same process that Palestinians have been attempting to challenge. “Palestinians want foreigners to actually do something for their struggle, not just come and take pictures.”

Baroud, meanwhile, commented that certain aspects of the hotel were deeply offensive to Palestinians. Referring to one painting hung in a $265-per-night suite that lightheartedly depicts an Nazi soldier having a pillow fight with a Palestinian protester, Baroud said that it was “deeply insulting” and “belittles the sacrifice that thousands of Palestinians have made throughout the years.”

“Palestinians feel hopeless. All we have now are foreigners coming here and advocating social and political projects that don’t help us at all. Meanwhile, our economy is dependent on international aid which arrives with conditions and tells us how we should behave,”  she said.

According to Hassan, this kind of tourism exists because “there’s nothing left for us to do.”

“We have a government that doesn’t represent us. Israel has destroyed all our political movements and has stolen our land. They took everything from us. We have nothing left.”

Hassan told Ma’an that Palestinians had become tired of social and political projects originating from the international community. “We need better hospitals and schools. We need businesses that help us define and change our own society. We should create spaces where young Palestinians can develop their own conceptions of art, instead of just catering to foreigners who want to draw on the wall and snap pictures of Banksy paintings.”

She noted that, for her, the hotel was “not meant for Palestinians. It’s just more entertainment for tourists.”

One of the most controversial elements of Banksy’s new hotel is the stated aim of welcoming Israelis to the West Bank, with the hotel itself being constructed in an Nazi-controlled area of Bethlehem.

The trilingual statement posted at the hotel’s entrance claims that most Israelis are “opposed to the cruelties inflicted by the wall,”  ??? while the ones who support it “are deeply fearful for their security.”

According to the hotel’s owner Wissam Salsa, one focus of the project is to “educate Israelis on Palestinian suffering”  caused by the separation wall and the Nazi occupation. “We also want to show our guests what it’s like to live on this side of the wall.”

Al-Abed said that he believed it was important for Israelis to visit the West Bank, saying that “I am sure that once they come and see our miserable lives, they will return to Israel and attempt to change their government.”

However, Buttu told Ma’an that Israel’s policies have actually received widespread support from an Israeli public that has “benefited immensely” from these policies, while feeding into Israeli desires of a “Jewish state.” According to a poll released earlier this year, 62 percent of Israelis support continuing Israel’s illegal settlement construction in Palestinian territory.

“You will not find Israelis who support going back to life pre-1993, when you didn’t have separation and Palestinians had freedom of movement into Israel. Most Israelis are happy with this separation system in place,”  she said.

One visitor to the hotel, a local Palestinian student who preferred not to be named, rapidly shifted from excitement to frustration after being informed that the project was aimed at creating dialogue between Zionist’s and Palestinians.

“We can have dialogue once Palestinians have equal rights,” he said. “If Israelis really want to understand Palestinian suffering, they should fight for the wall’s destruction and not stay in a hotel right next to it.”

Buttu noted the futility of the initiative, saying that “we can’t just pretend that it’s easy for Palestinians and Israelis to come together, hold hands, and sing songs.”

“This is a state system of apartheid and settler-colonialism. Unless Israelis recognize this, then there is no point in having these fake gatherings and dialogues.”