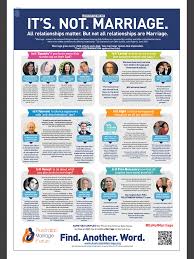 In the Saudi society, women are treated like commodities and disposable containers. Different kinds of legal opportunities have been provided for Saudi men to exploit women in the name of Islam throughout the world.

Saudi scholars have issued many Fatawas to allow several kinds of deceptive and fake marriages to use women as sex slaves for as long as they wish. We are providing below some details in this regard.

Misyar is a temporary marriage between men and women for sexual pleasure. In this marriage the woman relinquishes all her rights that are available to her in an Islamic marriage.

It is claimed that 60 Salafi scholars, including Saudi Grand Mufti Shaikh Abdulaziz al-Shaikh endorsed Misyar marriage between men and women in their fatawas.

The terms and conditions of Sunni Misyar and Shia practice of Mutah (sexual pleasure ) are the same except that in Misyar, partners do not fix a time to end their sexual relationship and are free to abandon each other anytime they wish.

In Mutah, they fix a specific time, like one week, one month etc., and at the end of that period both man and woman are considered as legally separated.

In Misyar and Mutah, man and woman need not live together under the same roof. They can meet whenever the man demands and spend a few hours together in privacy for sex and go to their homes quietly.

Misyar is a relationship without social binding or loyalty. The woman in this relationship is just a sexual mate and not a prostitute who entertains sex with anybody for money.

Whenever you want, call each other, meet, have sex and both of you are on your ways.

If you’re fed up with the woman, just call her and tell her that you don’t want to continue having sex with her. That’s the end of your relationship.

‘Arab News’ on October 12, 2014 reported that Misyar is a widespread social reality in the Saudi Salafi society, as 7 out of 10 marriages in Saudi Arabia are based on Misyar.

The above are official figures. It is a known fact that majority of Misyar marriages are not reported for obvious reasons. Saudi men are also involved in Misyar marriages with poor expatriate Muslim women and girls.

These appalling statistics show that about 90% of Saudi Women are being forced into Government sponsored prostitution in the name of Misyar marriages.

The women in Misyar marriages are reported to have sex with dozens of Saudi men one after the other. Most of these Saudis do have families but they are involved in secret sex with plenty of women in the name of Misyar. It is Islamic sex on demand or secret prostitution.

In addition to Misyar, several other modes of fake marriages are practiced in Saudi Arabia, as follows:

a. URFA – In this relationship, arrangements are made as a customary marriage but there are no official contracts signed and this relationship also does not give women any rights whatsoever.

She is kept as long as the man wishes to use her for sex.

b. MESYAF (Summer holiday marriage) – It is a tourism marriage practiced by Saudis and other Salafis in the world who go on summer vacation to countries, like Yemen, India, Pakistan, Bangladesh and other Islamic countries.

In these countries they take advantage of poor Muslim families by Misyar marriages with young, rather very young girls between the ages of 9 to 16 years in collusion with local middlemen and agents who are paid for these notorious services.

There are two types of fake marriages in MESYAF.

c. FRIEND MARRIAGE – This is a special marriage where the bride does not go out of her house. The male goes to her house in the night or meets with her in a hotel and has sex with her, after which she goes back to her home.

In this relationship the woman does not have any legal maintenance from the man. In most of the cases the woman demands a certain amount and gets it in advance.

d. MISFAR – (Foreign study and business trip marriage) Misfar refers to a deceptive marriage contracted by a Saudi for sexual gratification so that a woman may cohabit with him for the period he is visiting a foreign country.

These women are formally divorced after a short period that ranges from a week to a month. It is natural that most of these women who fall victim to this kind of fake marriage come from deprived backgrounds, and have very little say in the matter.

Misfar is a deceptive marriage undertaken by Saudis who go to study in foreign countries. In Misfar, Saudis marry local women but never disclose their true intentions. Once their studies are over or their businesses are accomplished, they dump their wives and children born out of these fake marriages and go back to their countries. without a trace.

They use these women physically, emotionally and many a times financially since they save themselves the trouble of finding accommodation or facing the financial burdens on their own.

In all the above deceptive marriages, the arrangements are made discretely where women will have no evidence to pursue men legally.

There is a massive network of Arabic dating websites that use revolutionary ways of interaction between total strangers where unsuspecting women are easily tricked into the Saudi prostitution net in the guise of fake marriages.

What about women who get pregnant in all the above criminal marriages? LINK

It is observed that either pregnancies are terminated or in case the woman decides to give birth to the child, she is responsible for his/her upbringing because she will never meet the person again in her life who is the biological father of her child.

She is not allowed to disclose the father’s name to her child or to anyone else in society.

It is a known fact that thousands of children of Arab descent, born to prostitutes and poor women who were victims of deceptive marriages in sex tourism destinations like Thailand, Yemen and other countries, loiter on the streets, mostly begging, perhaps from their own fathers during their summer vacations.