The Implications of the McCutcheon Ruling 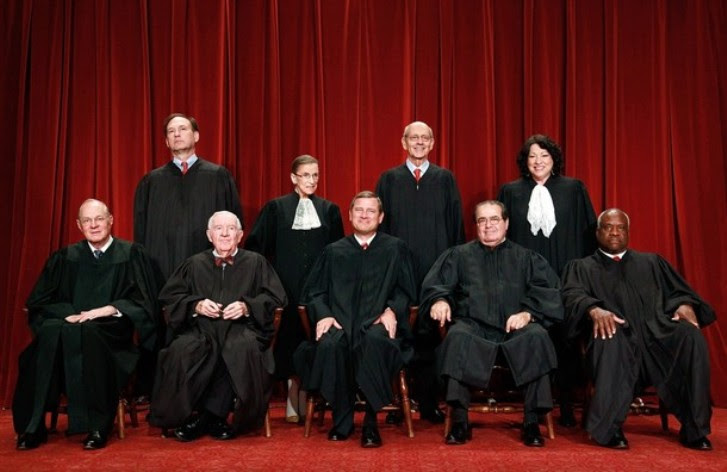 I have always found discussions on democracy in the U.S. curious and at times hilarious. While I have always been impressed by the skillful way elites construct a narrative of democratic values and practice in a country that is, in reality, the antithesis of a democracy, the fervor with which that fairytale is embraced, even by intellectuals, has always been a source of curiosity for me. But at other moments, like the one we are in now, I can’t help but find some of the arguments used to support the U.S. Supreme Court’s recent McCutcheon decision—and even some of the comments lamenting how the decision will destroy democracy in the U.S.—somewhat funny.
Of course, these are deadly serious times and the McCutcheon decision, which makes it easier for the corporate and financial elite to buy elections and candidates, is a serious ruling that conveys a devastatingly simple message: that the furtherance of the neoliberal project and the maintenance of the U.S. Empire require the evisceration of democracy.
That message has always been clear to those of us on the margins who have never had the luxury of embracing illusion as a way of life. For us, democracy in the U.S. has always been a “zombie democracy”—a rotten facsimile that looked a little like democracy, sounded like democracy and even had some democratic forms, but was never the real thing, never really alive.
The possibility of democracy was aborted by Thomas Jefferson and the white, male, property-owning, settler “revolutionaries” who declared their independence in 1776. It was aborted by the first American coup in Philadelphia in 1787, when men of property ignored the mandate from their state legislatures to strengthen the Articles of Confederation and instead met in secret to produce a document that would solidify their power.  The resulting Constitution consolidated a white, male, property-owning republic that reduced black people to 3/5th of a person, marked the indigenous for genocide and did not mention democracy anywhere in its text.
It was the people’s struggle over time that injected what little life there is in the walking corpse that is democracy in America.
Democratic reforms, limited as they have been, have nevertheless represented high marks in the people’s demands for democratic rights and dignity. Therefore, it should not be a surprise that during the current phase of right-wing reaction; liberal capitulation; leftist opportunism, confusion and demobilization; and the hegemony of an NGO culture of de-politicized issue fragmentation, that a political culture has been created that has given a reactionary clique on the Supreme Court the confidence to brazenly demonstrate its class bias with the series of decisions we have seen it make over the last few years.
The Citizens United case, the gutting of the Voting Rights Act last year, the rash of state-level laws passed to suppress democratic participation, felony disenfranchisement, and now the McCutcheon ruling—they all signal that the democratic zombie apocalypse is upon us now. And we all know from popular culture what you do when you encounter the walking dead.  So let’s put this zombie out of its misery.