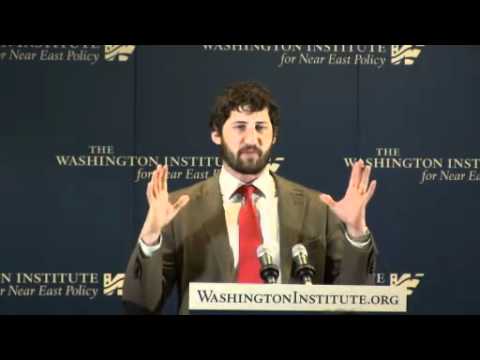 Arms being shipped to Syrian opposition, which includes terror faction

Robert S. Ford, the U.S. ambassador to Syria, says it’s possible that arms and munitions paid for by the United States are finding their way into al-Qaeda hands in Syria.It was at a panel discussion held by the Middle East Institute in Washington that he declared, “We strongly, strongly, strongly support the efforts of the Syrian opposition coalition to develop its organization….we think they are absolutely…they are a legitimate representative of the Syrian peoples’ aspiration and we will work with them, we will cooperate with them.” But there has been evidence of growing activity by al-Qaida and Islamic extremist elements inside Syria as part of that opposition coalition, officials note. And they may be getting some of the military supplies..
Ford acknowledged that there is no way to be able to track the destinations of all of the weapons help that is going into the region, and it’s possible al-Qaida – or other anti-American jihadist groups – could be collecting some.He said, “We do not want arms to get into the hands of extremists.”However, the ambassador said the U.S. wants the region to achieve a political solution, rather than a military solution. Therefore, he said, the administration will help provide weapons so long as it “plays into enabling the Syrian people to achieve a political solution.”He said the Syrian opposition members “have a vision of Syria in the future that we strongly support, in a country that would be democratic and would support human rights.”
This democratic and humanitarian nature of the opposition is often contrasted by the Obama administration against the barbarous and murdering regime of Assad.Yet two days ago, a suicide bomber of the anti-Assad coalition, in a Christian suburb of Damascus that was considered loyal to Assad, detonated himself in a market, killing 20 innocent people.Analysts also express concern that what started off as a protest in opposition to Assad’s regime may turn into a catalyst for extremist actions against Christians in Syria.Ford also played down the presence of al-Qaida.
“There is an al-Qaida front in Syria,” he said. “I do not think by any means it is the majority of the opposition.”However, he said such extremists “pose a real danger to the political solution Syria needs.”This is not the first time that concern over the U.S. funding or supplying al-Qaida has been raised.In the Libyan uprising against Moammar Gadhafi, American arms and supplies did fall into the hands of al-Qaida-affiliated groups that were even potentially responsible for the attack on the consulate in Benghazi.

[ED NOTES:WINEP A HARDCORE FRONT ORGANIZATION FOR ISRAHELLS WAR MACHINE AND ITS AGENDA,HAS BEEN INDEED QUITE COZY AND SUPPORTIVE OF SYRIAS REBELS AND TERRORISTS,IN FACT THEY WERE HANGING OUT IN FSA BARRACKS IN TURKEY AND SYRIAS BORDERS!!!
WINEP ZIONISTS,FSA HANG OUT IN BARRACKS IN TURKEY http://thenakedfacts.blogspot.com/2012/09/video-zionist-wineps-top-likudnik-foot.html
SINCE DAY ONE,EVEN WHEN ZIONAZI FORD WAS STILL IN SYRIA,HE WAS UPDATING THE ZIONIST WINEP GROUP ON SITUATION VIA LIVE VIDEO FEEDS.. ”ZIONIST” US AMBASSADOR TO SYRIA ”UPDATES” AND ADRESSES ZIONIST NEOCON WINEP INSTITUTE
http://thenakedfacts.blogspot.com/2011/10/us-ambassador-to-syria-adresses-zionist.html
Posted by Nysoulcontrolla aka Ali