Home » Post Page » Will Anyone on the Left Stand Up for Brexit? 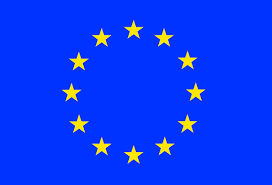 Goldman Sachs, JP Morgan, The IMF, David Cameron, George Osborne, Hillary Clinton, Mark Carney — it’s a list of names that many on the left would surely like rather see condemned than side with in a democratic debate. Yet the build-up to the forthcoming referendum on Britain’s EU membership sees them doing exactly that. While those figures emblematic of exiting the EU — Boris Johnson, Michael Gove and Nigel Farage — aren’t very appealing to those of liberal instincts, allying with them offers a chance to shake-up the status quo. In an age where democracy is heavily curated by corporate power, is it not better to assume a disruptive islander mentality than a supine federalist one? Will anyone on the left stand up for Brexit?

Rousseau once mocked British democracy by claiming the British public were ‘free only during elections’. Given that it was 1975 last time we had a referendum on European membership and a great deal of power has been transferred from our parliament to the EU since then, by Jean-Jacques’ logic it’s 41 years since we were last ‘free’. Should Britain really fear being in charge of its own affairs more than continuing along its current path?

If we consider domestic politics in Britain we see a governing Conservative Party that in its last two budgets has attempted to rob from the poor and give to the rich to such an extent that it has caused national outcry. Plans to remove tax credits for low earners in 2015[i] and reduce benefits for the disabled this year[ii] have had to be rescinded. With some laughably optimistic predictions about fiscally beneficial future growth the Chancellor, George Osborne, manages to hang on to his tax cuts for the rich. The British public are starting to see what a Tory majority looks like in practice and it’s quite a shock compared to the coalition government that preceded it. Then, the Liberal Democrat party acted as set of humanitarian reins to steer the Conservatives away from their worst excesses and sacrificed itself electorally as a result. Up and down the land voters are feeling the effects of savage cuts to the budgets of their local councils: youth centres are closed, roads go unrepaired, and teachers lose their jobs in a manner that is completely incompatible with building a country fit for success in the twenty first century[iii]. Brexit would cause chaos in the Conservative party, fatally wound Cameron and Osborne, and yet commentators on the left shy away from urging voters to take a shot at this open goal. It’s as though Britain’s liberals are scared of the chance to run the country.

Goldman Sachs warn us that homebuilders and banks would be the worst affected if we chose to leave the EU[iv]. It’s hard to think of two sets of industries that have failed the British people more in recent years. The UK faces a housing crisis because the emphasis has been on serving vested interests by maintaining overly high property and land values rather than focusing on the need to house an expanding population. Banking is lauded in the media as an industry of huge importance to Britain but is there really much future growth to come from it? Banks’ main product is debt, which is something we in the developed world already have too much of. The future of UK banking looks rather more like the moribund loss-making and largely nationalised Royal Bank of Scotland[v] than a dynamic saviour. Brexit might force the UK to diversify its economy away from the dominant property and finance nexus, which provides economic growth but of a precarious, iniquitous and [spoiler alert] ephemeral kind.

At least twice George Osborne has warned the British that leaving the EU would cause house prices to fall, the second time he came out with a figure of 18 per cent as an upper bound. UK house prices could halve and they would still be high — particularly in London and the South East. The latest wheeze to extend the bubble appears to be the introduction of intergenerational mortgages.[vi] This kind of financial ‘innovation’ combined with ever rising student debt means Britain’s young graduates face a lifetime of debt servitude. If Brexit really could bring down house prices the millennials and the generation beneath them ought to be clamouring for it, yet the pollsters suggest they don’t and that three-quarters of 18 to 24 year-olds want to remain.[vii]

The threats from the Remain camp that leaving the EU will be a catastrophe for the UK’s economic cooperation with the continent are overblown. Anyone who has spent any time in central London recently will have noticed the huge quantity of continental Europeans employed in the capital. It seems very unlikely that their home countries, many of which are beset with economic difficulties, would want all these people delivered back to them. It is also hard to believe that those countries would wish to jeopardise tourism from the UK, or the spending power of British pensioners living out their days in the sunshine of Southern Europe. The idea that deals could not quickly be done to facilitate movement between Britain and the EU as well as mutually beneficial trade agreements is absurd given that it would be in nobody’s interests, least of all big business, to do otherwise. Angela Merkel’s recent hint that Britain ‘will never get a really good result’ in negotiations if it leaves the EU is unlikely to be popular with German firms which exported 90 billion Euros worth of goods and services to the UK last year.[viii]

Much of Britain’s left perceives the EU as some sort of enlightened force for good but this isn’t a notion that stands up to much scrutiny. Has it formed a bulwark against US imperialism as we were told it would? Not at all, European leaders have meekly followed America’s neo-conservative agenda leading to disaster. Indeed, Europe’s refugee crisis is the direct result of the Western establishment’s gauche attempts at terraforming Iraq, Libya and Syria into groves of economic opportunity for the few. Sadly, the recent terrorist attacks on European soil haven’t raised the right questions about events both at home and abroad. Instead of trying to curb civil liberties and drop more bombs, European leaders ought to be considering the deeper reasons for discontent. Is Brussels’ Molenbeek district really a hotbed of jihadist sentiment because of a few internet videos and radical clerics or does it have more to do with the 40 per cent unemployment rate of Muslim men?[ix] Is a foreign policy that supports the continued ruination of Muslim lives abroad ever going to be compatible with amicable relations at home? The EU’s eastward expansion has also played a part in the bloody civil war in the Ukraine and heightened tensions with Russia.[x]

Then we have economic policy which has been a disaster. Where was the European sense of fraternity when Greece as in trouble? It completely disappeared. Europe’s leaders chose to protect their failed bankers and broken single currency and throw the Greek people under a bus. Of the 240 billion Euros that was ‘given’ to Greece in 2010 and 2012 a miniscule amount actually went to improving the lot of the Greek people, the vast majority found its way into the coffers of financial institutions.[xi] Compare this to Iceland which sits outside of the EU. Its response to the financial crisis was not to kotow to bankers but to jail them. The government didn’t seek to absorb all the country’s private banking debt but put its people first and financial institutions second.[xii] The Icelandic economy has now recovered to a size above its pre 2008 peak, a target far away from the likes of Greece. While the Goldmanite European Central Bank chairman Mario Draghi prepares to pump money into a corporate black hole[xiii], the youth of Southern Europe see their futures evaporate into a sclerotic mist of unemployment, under-investment and hopelessness. Why does Britain’s left wish to support an EU that propagates such unfairness? Is it not time to admit that Europe has been captured by financiers and will not prosper until their influence is reduced and un-payable debts written-off? Ironically, by leaving the EU Britain may stimulate a shift away from the current failed orthodoxy.

Given seven years of economic stagnation in the Eurozone you might imagine that the lessons of letting unelected technocrats take the big decisions would have created a desire to move to a more democratic system. The truth is that even now EU officials attempt to bargain away our rights with the secretive TTIP agreement. Rumoured to be a corporate manifesto that relegates the role of the state to that of a butler for business interests it’s hard to reconcile it with the needs of the masses[xiv]. So when the most disappointing President of the United States ever, Barack Obama, warns us that we’ll be going to the ‘back of the queue’ for trade negotiations if we exit the EU, we should grab the opportunity with both hands. If the majority of British people were privy to the contents of TTIP it’s likely the idea of being in the queue at all would be deeply abhorrent.

Obama’s is just one of many voices from across the Atlantic urging Britain to stay in the EU. Eight former US Treasury Secretaries wrote to The Times newspaper urging us to stay in. Three names stand out: Larry Summers, Hank Paulson and Tim Geithner. These architects of neo-liberal disaster have overseen a huge transfer of wealth from the bottom to the top in the United States. Summers helped sow the seeds of the 2008 financial crisis as a cheerleader for the Gramm­—Leach—Bliley—Act, which repealed much of the Glass—Steagal safety net[xv]. Casino capitalism came to the fore and after the inevitable financial collapse Paulson masterminded the Troubled Asset Relief Programme (TARP) giveaway to Wall Street[xvi]. Geithner continued in much the same vein, scandalously failing to stop executives of AIG being rewarded for failure with enormous bonuses effectively paid for with government money[xvii]. The only people whose interests apparatchiks like these represent are the very wealthiest, the rest of us can safely ignore their advice. Similarly, the warnings of the IMF’s Christine Lagarde should go unheeded; her organisation is there to protect the few not enrich the many[xviii]. Defying the wishes of the IMF is a rare democratic opportunity which should not be ignored by those who seek a fairer world.

The honourable intentions to use European integration as a means to avoid another European conflict as damaging as The Second World War were all well and good, but they are the solution to an obsolete problem. Today’s fight is no longer between nation states but between an exploitative global economic elite and the rest of us. Voting for Brexit is a blow to their ambitions and the natural choice for anyone who wishes to challenge the doomed status quo. Don’t vote for Brexit because you are a small-minded xenophobe, vote for Brexit because it is a chance to challenge the cabal of venal politicians who are dragging Western Civilisation towards crisis with their continued deference to corporate power, misguided use of military force, and disdain for democracy.