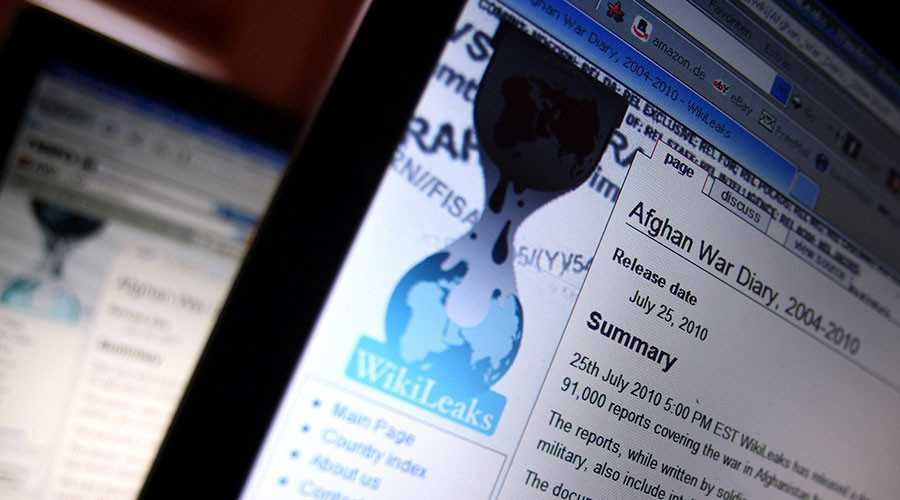 © Karl-Josef Hildenbrand / www.globallookpress.com
WikiLeaks revelations about the CIA and its scope of activity show that this is not only a security issue – it impacts businesses while the privacy we take for granted is at risk. It is a very dangerous path for democracy to go down, experts told RT.
Trends WikiLeaks CIA files

Whistleblowing website WikiLeaks released on Tuesday a part of confidential documents on America’s Central Intelligence Agency. WikiLeaks said that this collection of leaked CIA documents which revealed the extent of its hacking capabilities was “less than one percent of its Vault 7 series”.

These documents also includes revelations that the CIA is apparently able to disguise its own spying as the work of other countries.

RT discussed the revelations with former CIA officers, whistle-blowers and IT experts. 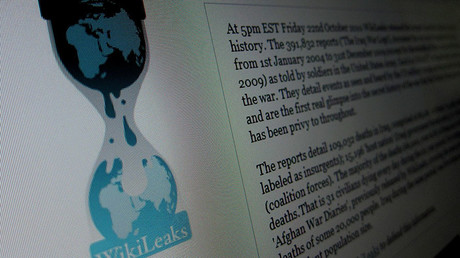 Dr. Binoy Kampmark, Senior Lecturer from RMIT University in Melbourne, told RT that “potentially, it is very significant, because what it does show, should it actually come out to be the case, the demonstrable pattern of engagement by the CIA in terms of its hacking techniques.”

“And this is what the President of the US more or less said that the US has to arm for the next cyber conflict, that essentially this is an age of a cyber-war. All of this demonstrates the sheer seriousness and the importance of understanding these capabilities but also, of course, the race as it were between various agencies to identify the best means or the most effective means of actually hacking into systems,” Kampmark said.

‘Spotlight into a dark area’

Larry Johnson, retired CIA and State Department official said that “this material is significant in that it shows just how robust and how organized the CIA effort is, at least overseas, to be engaged with cyber activities.”

“Frankly, I think they should be, but we also recognize that other major powers are also doing the same thing, it provides a little bit, I guess, of spotlight into a dark area, that is normally not accessible  to the public,” he added. 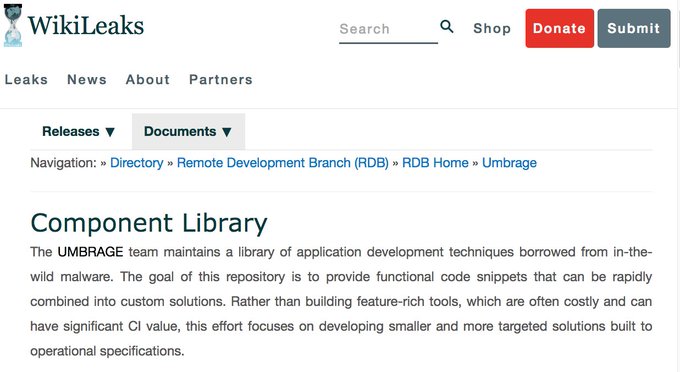 Asked about whether it is really Russian hackers that people should be worrying about, John Safa, Pushfor Founder, told RT that his experience is that “there are hackers all over the globe”.

In Safa’s view, “this is quite damaging information in these documents. Especially because some of this is validated by legitimate source code that is in there as well. I don’t think it is just the Russians at all, there are very clever security experts both in the UK here in London and also in the US.”

Safa told that his biggest concern is with the messaging tools. “The part of these documents have demonstrated that a lot of our popular tools, like WhatsApp and Telegram have been hacked. And obviously this is starting to be reflected in Europe. Deutsche Bank banned WhatsApp. They must have obviously know something was going on.”

Safa said he thinks “it is going to be repercussions in lots of different verticals and in lots of different industries. Because obviously this impacts their businesses. That is not just a security issue, but it also impacts business. What information could get leaked out, if this information gets into wrong hands? So, this has really serious ramifications.”

WikiLeaks has published what it claims is the largest ever batch of confidential documents on the CIA, revealing the breadth of the agency’s ability to hack smartphones and popular social media…

Annie Machon, former MI5 intelligence officer, recalled that “last year, there was the biggest botnet attack ever, which took down the Internet across Western America, then across Eastern America, and them across some of the Western Europe.”

“And this botnet was built on smart devices within people’s homes. Not their computers, not their phones, but on things like smart fridges, smart computers, that sort of thing, and smart televisions, as well. It is utterly feasible that all these devices have already been hacked and they are used to spy on us.”

“We are looking at the George Orwell “1984” novel where we have screens in our flats potentially watching us. I remember back in the 1990s, the capability was there to implant software onto primitive mobile phones, onto primitive computers, so that they could indeed be switched on to record and film us and log our keystrokes,” Machon said.

“However, back in those days, there was a notion of oversight, and there was a notion of targeted surveillance, which is what we need to prevent the bad guys doing bad things to us. And it was also very labor-intensive.  Because of the massive expansion of the Internet and technology, now they can do it on the industrial scale, which is what they seem to have developed. Which means that none of us has any inherent sense of privacy, unless we take quite extreme actions to protect our privacy even in our homes,” she added.

Machon warned the new technological realities “is very dangerous for fully functioning democracy. Because once you lose the sense that you have privacy to talk, to write, to watch, to read, then suddenly you might start self-censoring yourself in the sense that you inhibit what you do. So you can’t fully inform yourself, be fully informed participatory citizen in a democracy. It is a very dangerous path to go down.”