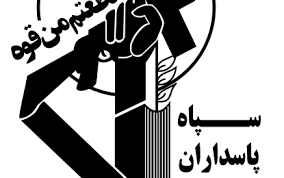 The White House didn’t respond to a request for comment. Iran categorically denies involvement in terrorism. No evidence suggests it, just baseless allegations.

Reports now indicate the proposed action stalled, US defense, state, and intelligence officials warning it could backfire, undermining Trump’s pledge to combat ISIS, along with complicating enforcement of the Iran nuclear deal.

US NATO allies are against it. The designation was supposed to be announced this month. It’s unclear if it’s suspended or cancelled altogether.

The administration’s proposal was part of a broader scheme to get tougher on Iran – instead of responsibly working to end 38 years of US-instigated adversarial relations.

If implemented, it would be the first move of this kind under the 1996 Foreign Terrorist Organizations law against a foreign government – meant for al-Qaeda and likeminded groups.

It would likely initiate tougher sanctions on Iran, possibly undermining the nuclear deal, sabotaging what took years to agree on.

“The entire world admits that the IRGC has rendered the utmost support to (Iran’s) neighboring countries in the face of terrorism” – warning of adverse consequences if Trump orders more sanctions on Iran.

Reports indicate he intended to designate the ICRG and Egypt’s Muslim Brotherhood terrorist organization on Monday – during a visit to CENTCOM’s Tampa headquarters.