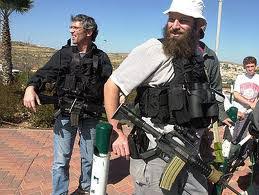 The Civil Administration received reports Tuesday of settlers who carried out a suspected ‘price tag’ attack in Maghayer village near Ramallah.

Initial investigation showed that in the early morning hours the settlers rolled burning tires into the mosque, which caused some rugs to catch fire. The mosque was also sprayed with graffiti.

The village is located near the Alei Ayin outpost, where the Israeli security forces demolished illegal structures last week. The police is investigating whether the two events are linked.

Civil Administration official have spoken with the head of the village and promised a swift investigation.

The Rabbis for Human Rights organization said Tuesday this kind violence threatens everyone and may backfire. “This despicable act goes against human morality and our Jewish belief that we must not harm followers of different religion,” the organization said in a statement.

Rightist activist Itamar Ben-Gvir said the arson doesn’t come as a surprise. “In the last few months Jewish blood has been spilled like water in Judea and Samaria,” he said. “Instead of dealing with enemies, the police tears down one outpost after another. The feelings of anger and discrimination have their consequences.”

The Peace Now movement responded by calling for more decisive actions against violent settlers. “The Shin Bet security service and the police must uproot the ‘hill youth’ phenomenon,” it said.

About a year ago residents of the village of Bayt Fajar near Bethlehem alleged that a group of settlers, apparently from the nearby Gush Etzion settlement bloc, entered the village before dawn and burned down the local mosque.

Tuesday marks the 44th anniversary of the battles over East Jerusalem in the Six Day war, as the IDF prepares for rallies in the Golan Heights, the West Bank and East Jerusalem.