Home » Post Page » Weiner Had Earlier Claimed “I Was the Victim of This.” 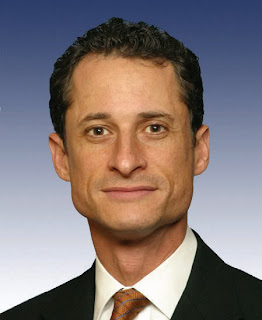 At first Congressman Weiner claimed that someone hacked into his account and sent a lewd picture to a 21 year old woman in Seattle. This sounds like the sort of lame excuse a parent would get from a teenaged kid, who just got caught sexting. Weiner also had claimed he didn’t know if the picture of the bulging boxer shorts was him. (He’s lucky he doesn’t get thrown out of Congress for being a bad liar.) Shouldn’t most adults have a clue if they’ve taken pictures of themselves in their underwear? If you don’t know for certain if such a picture has been taken or is floating around the Internet, you’re probably drinking way, way too much.

A recent news article reports “After days of denials, a choked-up Rep. Anthony Weiner confessed Monday that he tweeted a photo of his bulging underpants to a young woman, and he also admitted to ‘inappropriate’ exchanges with six women before and after he got married. He apologized for lying but said he would not resign. ‘This was me doing a dumb thing and doing it repeatedly and lying about it,’ the 46-year-old New York Democrat said after a week of double-entendre headlines and late-night wisecracks full of Weiner jokes. House Democratic leader Nancy Pelosi immediately called for an ethics committee investigation into whether Weiner broke House rules. The congressman — who was widely expected to run for mayor of New York in 2013 — said at a half-hour news conference that he had never personally met any of the women he corresponded with online and sometimes via telephone over the past three years, and was not even sure of their ages. He also said he had never had sex outside of his marriage. He said he did not feel the scandal affected his work as a lawmaker but would understand if his constituents decided not to re-elect him. ‘I’m going to work very hard to win back their trust,’ he said.”

Winning back trust may be a little difficult considering that news of other sexual Internet conversations by Weiner are already leaking out.

An article on Radaronline reports “In a salacious new transcript of a conversation the embattled Democrat had with the woman, who lives in Nevada but does not want to be identified, the shamed politico asked whether his social networking pen pal gave ‘good’ oral sex.”

Why is it not a shock that this totally disgraced dirtbag refuses to resign from Congress? I suppose if you’re a middle-aged loser who spends his time cheating on his wife, searching the Internet for easy women, you would probably fit in with Congress more than any other place.