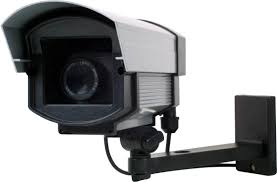 At least 50 U.S. police departments quietly deployed radars that let them effectively see inside homes, with little notice to the courts or the public.
By Brad Heath

At least 50 U.S. law enforcement agencies have secretly equipped their officers with radar devices that allow them to effectively peer through the walls of houses to see whether anyone is inside, a practice raising new concerns about the extent of government surveillance.
Those agencies, including the FBI and the U.S. Marshals Service, began deploying the radar systems more than two years ago with little notice to the courts and no public disclosure of when or how they would be used. The technology raises legal and privacy issues because the U.S. Supreme Court has said officers generally cannot use high-tech sensors to tell them about the inside of a person’s house without first obtaining a search warrant.
The radars work like finely tuned motion detectors, using radio waves to zero in on movements as slight as human breathing from a distance of more than 50 feet. They can detect whether anyone is inside of a house, where they are and whether they are moving.
Current and former federal officials say the information is critical for keeping officers safe if they need to storm buildings or rescue hostages. But privacy advocates and judges have nonetheless expressed concern about the circumstances in which law enforcement agencies may be using the radars — and the fact that they have so far done so without public scrutiny.
“The idea that the government can send signals through the wall of your house to figure out what’s inside is problematic,” said Christopher Soghoian, the American Civil Liberties Union’s principal technologist. “Technologies that allow the police to look inside of a home are among the intrusive tools that police have.” Agents’ use of the radars was largely unknown until December, when a federal appeals court in Denver said officers had used one before they entered a house to arrest a man wanted for violating his parole. The judges expressed alarm that agents had used the new technology without a search warrant, warning that “the government’s warrantless use of such a powerful tool to search inside homes poses grave Fourth Amendment questions.”
By then, however, the technology was hardly new. Federal contract records show the Marshals Service began buying the radars in 2012, and has so far spent at least $180,000 on them.
Justice Department spokesman Patrick Rodenbush said officials are reviewing the court’s decision. He said the Marshals Service “routinely pursues and arrests violent offenders based on pre-established probable cause in arrest warrants” for serious crimes.
The device the Marshals Service and others are using, known as the Range-R, looks like a sophisticated stud-finder. Its display shows whether it has detected movement on the other side of a wall and, if so, how far away it is — but it does not show a picture of what’s happening inside. The Range-R’s maker, L-3 Communications, estimates it has sold about 200 devices to 50 law enforcement agencies at a cost of about $6,000 each.
Other radar devices have far more advanced capabilities, including three-dimensional displays of where people are located inside a building, according to marketing materials from their manufacturers. One is capable of being mounted on a drone. And the Justice Department has funded research to develop systems that can map the interiors of buildings and locate the people within them.