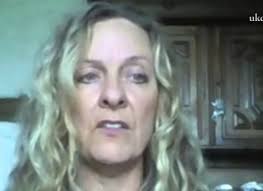 Why is western media painting the liberation of Aleppo as a grim doomsday scenario as the liberated citizens dance and celebrate in the street?

21WIRE reporter, Vanessa Beeley, joins experts for a heated debate on western media’s coverage of the liberation of east Aleppo on RT along with Executive director at the Ron Paul institute, Daniel McAdams, and Columnist for ‘The Hill’ Brent Budowsky, as well as RT International’s Deputy Head of News Alexey Kuznetsov. Watch: