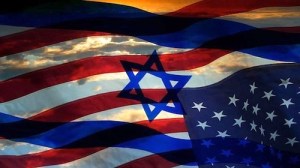 NBC pulled out Ayman Mohyeldin, who has been widely praised for the even-handedness of his reporting from Gaza, just as he landed a harrowing scoop. He had kicked a football with four boys who were killed moments later by an Israeli missile.

Mohyeldin managed a few tweets before being removed, allegedly on “security” grounds. But why then did NBC immediately send in a replacement? After a public outcry, Mohyeldin was reinstated, but no proper explanation of the decision has been provided.

Shortly afterwards, CNN “reassigned” its reporter in Israel, Diana Magnay, after a tweet in which she labelled as “scum” an Israeli mob that threatened her with violence as she filmed them celebrating missile explosions in Gaza. The tweet was deleted within minutes, followed by her rapid departure.

The obvious shortcomings in US coverage of a story in which Washington itself is a key player deprive us of a vital piece of the puzzle about what is going on in the Israeli-Palestinian conflict.

The impression left by these incidents and the generally deferential tone towards Israel in US coverage is that, faced with huge pressure from the Israel lobby, media executives are frantically policing their correspondents’ output, including on social media.

That view was confirmed to Max Blumenthal by an NBC producer after the channel axed Rula Jebreal, a Palestinian contributor, following her on-air complaints about the massive over-representation of Israeli officials in US coverage. The producer said there was a “witch-hunt” being conducted by NBC executives, led by the media corporation’s president, Phil Griffin.

The obvious shortcomings in US coverage of a story in which Washington itself is a key player deprive us of a vital piece of the puzzle about what is going on in the Israeli-Palestinian conflict.

US Secretary of State John Kerry arrived in the region on 21 June to intensify ceasefire efforts, the day after a studio microphone captured his sarcastic comment that it was “a hell of a pin-point operation” by Israel. He had just been informed of a horrifying assault on the Shujaiiya neighbourhood, which left dozens of dead, taking Palestinian casualties so far to more than 650 killed and thousands wounded. [Editor’s note: at the time of editing, 2040 UK time on 23 July, the casualty figure had risen to 680 Palestinians and 34 Israelis dead.]

Washington’s good faith as honest broker goes largely unquestioned in the US, even though the country annually provides Israel with billions of dollars in aid and military support of the kind that enables these repeated attacks on Gaza.

… whatever its public statements, the US is assisting Israel not only in what President Barack Obama called its right to “self-defence” but in actively damaging Palestinian interests.

The claim is only tenable because Washington’s actual behaviour is rarely scrutinized in detail.

Two recent investigations by the Israeli media illustrate the profoundly unhelpful role played by the US. They suggest that, whatever its public statements, the US is assisting Israel not only in what President Barack Obama called its right to “self-defence” but in actively damaging Palestinian interests.

And it seems not to matter whether the Palestinians in question are Hamas or the preferred negotiating partner, Mahmoud Abbas.

The first disclosure concerns the offer of an Egyptian ceasefire last week. This was presented as a crucial chance to end the bloodshed, one generously seized by Israel and shunned by Hamas. Only footnoted in some reports were Hamas “claims” that it had not been consulted.

The reality, according to Haaretz, is that Kerry secretly dispatched to Cairo peace envoy Tony Blair, who in turn lobbied the Egyptian president, Abdel Fattah el-Sisi, to coordinate the ceasefire’s terms with Israel’s prime minister, Binyamin Netanyahu.

Sisi is currently waging an all-out war against Egypt’s Muslim Brotherhood, Hamas’s ideological ally. He has harshly punished Hamas too by tightening the siege on the shared border with Gaza. Like Israel, Sisi’s Egypt is a major beneficiary of US aid.

In short, Sisi and Netanyahu share a keen interest to weaken and humiliate Hamas. And yet, the US encouraged them to negotiate a ceasefire over Hamas’ head. Since then, Washington has rebuffed an alternative proposal from Qatar and Turkey, who are more sympathetic to Hamas.

The ceasefire proposal was nothing more than a trap – one whose purpose was to elicit a Hamas rejection and thereby provide Israel with a pretext to launch its ground invasion.

It was a foregone conclusion that Hamas would reject the Egyptian offer. It failed to address key concerns, not least that the suffocating siege be ended and that Israel honour earlier agreements, particularly on prisoners.

The ceasefire proposal was nothing more than a trap – one whose purpose was to elicit a Hamas rejection and thereby provide Israel with a pretext to launch its ground invasion.

Netanyahu, backed by the US, is using the current attack to terrorize Gaza’s civilian population, deplete Hamas’ rocket stockpile, and then force it to accept terms of surrender.

The second investigation comes from journalist Raviv Drucker, this time concerning the peace talks that collapsed in April. Washington officials have told him that US negotiators spent the talks’ key phase coordinating positions exclusively with Netanyahu. Abbas was then presented with a fait accompli of hardline Israeli demands.

Despite its public pronouncements, Washington was also secretly conspiring with Israel on a huge expansion of settlement projects. These were announced – to loud condemnation by Kerry – each time a batch of Palestinian prisoners was released, a condition Abbas had set for his participation.

But US opposition was feigned, writes Drucker. In reality, Washington was “informed of the [settlement] tenders in advance”.

It is no surprise that Netanyahu has been acting in bad faith, and that his military campaigns in the West Bank and Gaza are designed to disrupt the recent reconciliation between Hamas and Abbas’s Fatah.

As Israeli analyst Noam Sheizaf points out, Netanyahu is opposed to a peace deal of any kind. For him, “Mahmoud Abbas and Hamas are pretty much the same. Any gain by either one of them is a loss to Israel.”

But of far greater concern should be the Obama administration’s decision to back Israel to the hilt and the US media’s silence on the matter. There can be no hope of a peaceful solution ever gaining traction – or these bouts of blood-letting in Gaza coming to end – unless Washington is finally unmasked as Israel’s abettor-in-chief.