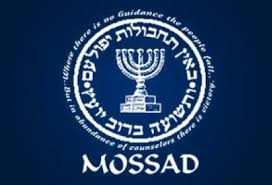 The United States and Jewish Nazi regime have signed a joint declaration on cyber defense cooperation, making I$raHell one of the only nations to join the Department of Homeland Security’s information-sharing platform on cyber threats.

The agreement was announced at the 6th Annual International Cybersecurity Conference at the Nazi state Tel Aviv University.

The bilateral cyber defense initiative will commit the US and the Nazi regime to expanded cooperation “for the benefit of dealing effectively with common threats in the cyber domain,” the Nazi Prime Minister’s Office said in a statement.

The pact means Nazi regime will be one of the first nations in the world to join the DHS’s Automated Indicator Sharing program, which involves data-sharing on cyber threat indicators between governments and private companies.

The declaration specifically means the two nations will cooperate in real time on the monitoring of cyber activities, defending vital infrastructure, private-sector partnerships, and future efforts at research and development of new technologies, JTA reported.

Spaulding, the undersecretary for national protection and programs with DHS, will oversee the bilateral cyber defense operations, along with Nazi Carmeli.