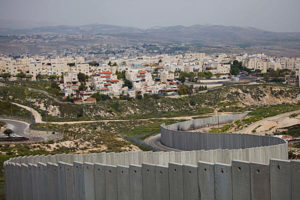 On March 22 the UN Human Rights Council concluded  its 22nd session and adopted the following recommendations:
In a resolution regarding Israeli settlements in the Occupied Palestinian Territory, including East Jerusalem, and in the Occupied Syrian Golan, the Council expresses its grave concern at the continuing Israeli settlement and related activities; the increasing number of newly built structures, including a large number of permanent buildings and structures; the expansion of Israeli settlements and the construction of new ones; and the Israeli operating of a tramway between West Jerusalem and the settlement of Pisgat Zeec. The Council calls upon Israel to take and implement serious measures, including the confiscation of arms and enforcement of criminal sanctions, with the aim of preventing acts of violence by Israeli settlers.
In a resolution regarding the right of Palestinian people to self-determination, the Council reaffirms the inalienable, permanent and unqualified right of the Palestinian people to self-determination. The Council stresses the need for respect for and preservation of the territorial unity, continuity and integrity of all of the Occupied Palestinian Territory; and urges all Member States and relevant bodies of the United Nations system to support and assist the Palestinian people in the early realization of their right to self-determination.
In a resolution regarding the human rights situation in the Occupied Palestinian Territory, Including East Jerusalem, the Council demands that Israel cease all practices and actions that violate the human rights of the Palestinian people; comply fully with the provisions of the Fourth Geneva Convention; cease all of its settlement activities. The resolution calls upon Israel to cease its imposition of prolonged closures and economic and movement restrictions; and requests the Secretary-General to report on the implementation of the present resolution to the Council at its September session of 2013.
In a resolution regarding the follow-up to the report of the independent international fact-finding mission to investigate the implications of Israeli settlements on the civil, political, economic, social and cultural rights of the Palestinian people throughout the Occupied Palestinian Territory, including East Jerusalem, the Council requests the Working Group on transnational corporations to take the necessary measures and actions relating to business activities connected to the illegal Israeli settlements and to report to the Council at its twenty-sixth session.
These resolutions were filed under Agenda Item 7, which mandates that the council debate Israeli actions in the West Bank, East Jerusalem and the Golan Heights.
The United States opposed Agenda Item 7 and voted against all the resolutions.
Here you can download the International Fact-Finding Mission report on illegal Zionist settlements