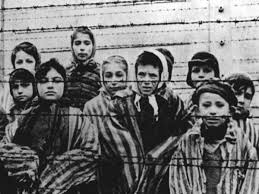 Pressure has continued to mount on organizers of a major international conference on genocide to move the venue from Jerusalem.

But organizers and sponsors have ignored or rebuffed the appeals from hundreds of scholars, dozens of civil society groups and at least one former UN human rights official.

A current UN official, the special advisor to the secretary general on genocide, is scheduled to speak at the conference.

On 26 June, the International Network of Genocide Scholars (INoGS) is set to convene its 5th Global Conference on Genocide at Hebrew University’s Mount Scopus campus, some of which was constructed on land that Israel forcibly expropriated from Palestinians in East Jerusalem after it militarily occupied the West Bank in 1967.

Hebrew University directly participated in the ongoing removal of Palestinians in subsequent years, sending its own bulldozers to demolish their homes as recently as 2000 and threatening to displace even more families to expand dormitories in 2004.

Back in March, the Palestinian Campaign for the Academic and Cultural Boycott of I$raHell (PACBI) urged scholars and UN officials to boycott the conference over its partnership with Zionist academic institutions that are deeply complicit in Nazi human rights violations.

At least 270 academics from 19 different countries have heeded that call and signed their names to a letter calling on conference organizers “to act in a principled way” and relocate the event to another country.

By holding its conference in Jerusalem, INoGS “is lending its name and reputation to Israel’s occupation and ongoing colonization of Palestine,” the letter states. “The significance of all this cannot be lost on genocide scholars.”

The letter also urged “scholars and professionals to reflect upon the ethical and legal implications of participating in a conference, organized by complicit institutions and taking place in a colony on occupied land and to boycott this event, should it go ahead under these circumstances.”

“ ‘Never again’ means never again for everyone,” the letter concludes.