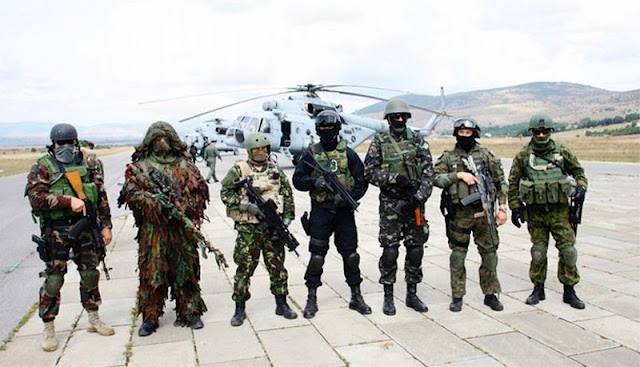 By Prof Michel Chossudovsky
Global Research,
Image: Neo-Nazi Militia
Under the title “In Kiev, an Israeli army vet led a street-fighting unit”, the Jewish News Agency JTA confirms that soldiers from the IDF were involved in the EuroMaidan protest movement under the direct command of the Neo-Nazi Svoboda Party. The Svoboda Party follows in the footsteps of World War II Nazi collaborator Stepan Bandera.
The leader of the “Blue Helmets of Maidan” is Delta “the nom de guerre of the commander of a Jewish-led militia force that participated in the Ukrainian revolution”. Delta is a Veteran of the notorious Givati infantry brigade, which was involved in numerous operations directed against Gaza including Operation Cast Lead in 2008-2009.
The Givati brigade was responsible for the massacres in the Tel el-Hawa neighborhood of Gaza. Delta, the leader of the EuroMaidan IDF unit acknowledges that he acquired his urban combat skills in the Shu’alei Shimshon reconnaissance battalion of the Givati brigade. 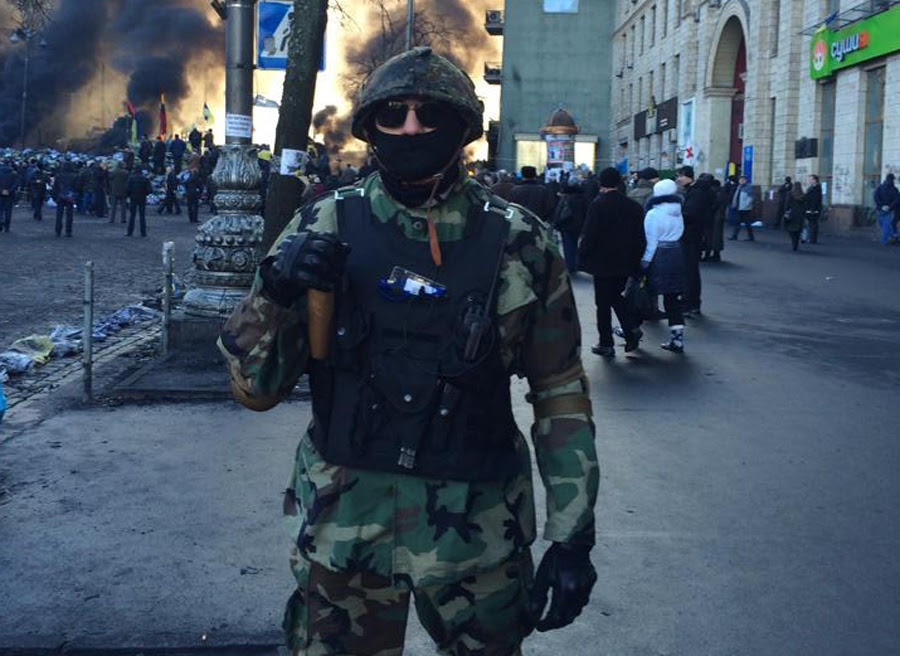 Delta, the nom de guerre of the Jewish commander of a Ukrainian street-fighting unit, is pictured in Kiev earlier this month. (Courtesy of ‘Delta’)

According to the JTA report, Delta was in command of a force of 40 men and women including several former IDF veterans. In the EuroMaidan, Delta was routinely applying his skills of urban warfare which he had used against the Palestinians in Gaza.
The Maidan “Street fighting unit” under Delta’s command was involved in confronting government forces. It is unclear from the reports whether the EuroMaidan combat unit was in liaison with IDF command headquarters in Israel:

The Blue Helmets comprise 35 men and women who are not Jewish, and who are led by five ex-IDF soldiers, says Delta, an Orthodox Jew in his late 30s
Delta, who immigrated to Israel in the 1990s, moved back to Ukraine several years ago … He says he joined the protest movement as a volunteer on Nov. 30, after witnessing violence by government forces against student protesters.
“I saw unarmed civilians with no military background being ground by a well-oiled military machine, and it made my blood boil,” Delta told JTA in Hebrew laced with military jargon. “I joined them then and there, and I started fighting back the way I learned how, through urban warfare maneuvers. People followed, and I found myself heading a platoon of young men. Kids, really.”
The other ex-IDF infantrymen joined the Blue Helmets later after hearing it was led by a fellow vet, Delta said.

In a bitter irony, Delta, the commander of the IDF militia unit was taking his orders directly from the Neo-Nazi Party Svoboda:

As platoon leader, Delta says he takes orders from activists connected to Svoboda, an ultra-nationalist [Neo-Nazi] party that has been frequently accused of anti-Semitism and whose members have been said to have had key positions in organizing the opposition protests.
“I don’t belong [to Svoboda], but I take orders from their team. They know I’m Israeli, Jewish and an ex-IDF soldier. They call me ‘brother,’” he said. “What they’re saying about Svoboda is exaggerated, I know this for a fact. I don’t like them because they’re inconsistent, not because of [any] anti-Semitism issue.” 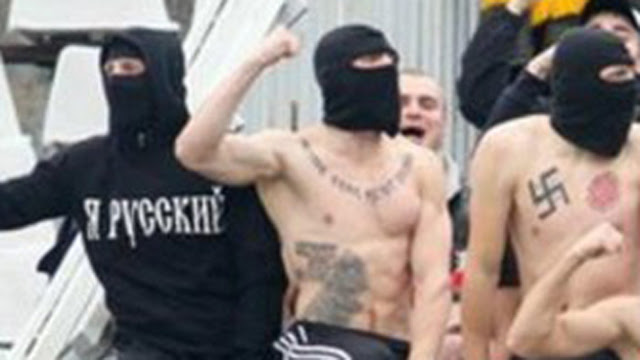 Neither the Tel Aviv government nor the Israeli media have expressed concern regarding the fact that the EuroMaidan protests were led by Neo-Nazis.

With the formation of a new government composed of NeoNazis, the Jewish community in Kiev is threatened. This community is described as “one of the most vibrant Jewish communities in the world, with dozens of active Jewish organizations and institutions”. A significant part of this community is made up of family members of holocaust survivors. “Three million Ukrainians were murdered by the Nazis during their occupation of Ukraine, including 900,000 Jews.” (indybay.org, January 29, 2014).
“It’s bullshit. I never saw any expression of anti-Semitism during the protests”
In a bitter twist, the Blue Helmet IDF unit in the EuroMaidan has been the object of praise by the Israeli media. According to Ariel Cohen of the Washington based Heritage Foundation: “The commanding position of Svoboda in the revolution is no secret”. The participation of Israeli soldiers under Neo-Nazi Svoboda command does not seem to be an object of concern:

On Wednesday, Russian State Duma Chairman Sergey Naryshkin said Moscow was concerned about anti-Semitic declarations by radical groups in Ukraine.But Delta says the Kremlin is using the anti-Semitism card falsely to delegitimize the Ukrainian revolution, which is distancing Ukraine from Russia’s sphere of influence.
“It’s bullshit. I never saw any expression of anti-Semitism during the protests, and the claims to the contrary were part of the reason I joined the movement. We’re trying to show that Jews care,” he said. Neo-Nazis Honoring Stepan Bandera
The JTA article can be consulted at www.jta.org/2014/02/28/news-opinion/world/in-kiev-an-israeli-militia-commander-fights-in-the-streets-and-saves-lives#ixzz2uvYcMBEl