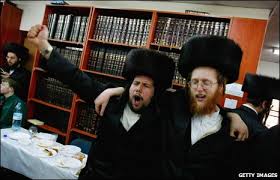 Jewish American groups were overwhelmingly united in their praise for Prime Minister Benjamin Netanyahu’s speech before the joint meeting of Congress on Tuesday, stressing their support for his clear call for Palestinian recognition of Israel as a Jewish State and commitment to peace.

Netanyahu also stressed that Israel would not allow Jerusalem to be divided, and that under no circumstance would Israel return to the “indefensible” 1967 borders. His speech came just days after U.S. President Barack Obama clarified that the 1967 borders with agreed land swaps were his vision of the basis for peace negotiations between Israel and the Palestinians.

Shortly after Netanyahu’s speech, the Anti-Defamation League (ADL) leaders applauded the prime minister for reaffirming the close ties between Israel and the U.S., saying that he fully deserved the warm reception he received from Congress.

Netanyahu “made a powerful case for Israel’s unique relationship with the U.S. as the only democracy and stable American ally in a turbulent region,” Robert Sugarman, ADL National Chair and Abraham Foxman, ADL National Director said in a statement, adding that “at the heart of the conflict, as it has been, is Palestinian refusal to accept the existence of a Jewish state.”

B’nai B’rith International President Allan J. Jacobs also praised the prime minister for saying “he was right in calling for the Palestinian Authority to ‘tear up’ its pact with Hamas.”

B’nai B’rith Vice President Daniel S. Mariaschin echoed the support for the prime minister, saying that Netanyahu “summed up the conflict eloquently when he noted that the conflict has ‘always been about the existence of a Jewish state. This is what this conflict is about.”

Chairman of the National Jewish Democratic Council (NJDC) Marc R. Stanley and President and CEO of the NJDC, David A. Harris reiterated the praise, saying “Support for Israel isn’t a Republican issue, it isn’t a Democratic issue, it is an American issue. The future safety and security of a democratic, Jewish State of Israel is safeguarded when we all work together, not when we resort to petty political games and finger pointing.”

“Prime Minister Netanyahu’s address to Congress was truly a tour de force, and his repeated thanks to President Barack Obama and the bipartisan support in Congress were noted by all,” the said.

“It is our hope that in the wake of this historic visit, that both Republicans and Democrats alike speak with one voice,” they added.

The Jewish Council for Public Affairs President Rabbi Steve Gutow strengthened Netanyahu’s call for Palestinian President Mahmoud Abbas to cut ties with Hamas, and return to talks, stating that “tThe vision that Netanyahu laid out to Congress of an economically and politically successful Palestinian state will require the Palestinians to explicitly recognize Israel as the nation state of the Jewish people; two states for two peoples marked by mutually agreed upon borders.”

Conference of Presidents Chairman Alan Solow and Executive Vice Chairman Malcolm Hoenlein stressed Israel ties with the U.S., saying that “the bonds between our countries override partisan differences and involve deep commitments by people on both sides of the aisle.”

Kathy Manning, Chair of the Jewish Federations of North America also issued a statment saying that “as American Jews, we are deeply proud of the extraordinary address by Prime Minister Netanyahu to Congress today,” adding that “the Prime Minister articulated Israel’s dedication to achieving a real and lasting peace that will result in a secure and defensible Israel as the homeland for the Jewish people, and a Palestinian State as the homeland for the Palestinian people.”