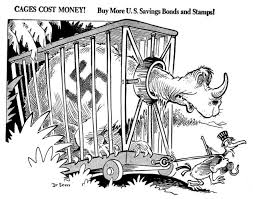 Editor CEC asks: Why are anonymous public employees allowed to campaign for war on taxpayer’s dime?

The US is perpetual nudged toward war by non-elected career retired military officers.  In this case its the State Department, where Hilary Clinton was in charge for six years, and that sponsors an outlet for employee to voice objections to official policy, while remain nameless through some sort of “dissent” organization, set up in their department.

I always thought federal employees had to stay mute on political issues and policy for this very reason?  The obvious question is, who set up this anonymous lobby with taxpayers fund, and who is leading it to agitate a public outcry for war…wars that we who pay the public servant dissenters?

According to the Wall Street Journal story,“President Barack Obama has balked at taking military action against Mr. Assad, while Democratic presidential hopeful Hillary Clinton has promised a more hawkish stance toward the Syrian leader. Republican candidate Donald Trump has said he would hit Islamic State hard but has also said he would be prepared to work with Russia in Syria.” In this story a group of State Department officers are calling for military strikes against the Assad government.

Yahoo news adds its editorial position to a New York Times story:  “The dissent document was transmitted internally in a confidential form and since has been classified, said officials who weren’t authorized to discuss such material and insisted on anonymity. The Wall Street Journal and The New York Times both quoted from the document Thursday, saying they had seen or obtained copies. The Journal said the document called for “targeted air strikes.” The Times also quoted a section urging a“judicious use of stand-off and air weapons” to advance the U.S. diplomatic effort led by Secretary of State John Kerry. [Ed.-CEC]

June 16, 2016 10:12 p.m. BEIRUT—Dozens of State Department officials this week protested against U.S. policy in Syria, signing an internal document that calls for targeted military strikes against the Damascus government and urging regime change as the only way to defeat Islamic State.

The “dissent channel cable” was signed by 51 State Department officers involved with advising on Syria policy in various capacities, according to an official familiar with the document. The Wall Street Journal reviewed a copy of the cable, which repeatedly calls for “targeted military strikes” against the Syrian government in light of the near-collapse of the ceasefire brokered earlier this year.

The full of the story: