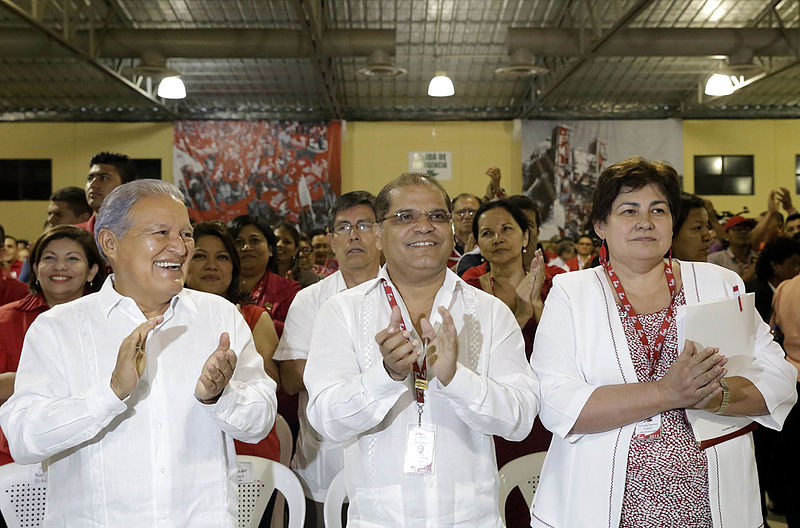 Salvador Sanchéz Cerén, El Salvador’s president, announced in late August that El Salvador has established diplomatic relations with the People’s Republic of China. El Salvador joins 177 other countries that have recognized the PRC as the legitimate representative of the Chinese people.
This change is an important step in El Salvador long struggle for independence from domination by imperialist powers, particularly the United States. Taking the outrageous position that Taiwan, the United States’ longstanding ally, rather than the government in Beijing is the legitimate government of China is a hallmark of a country’s neo-colonial status.
Cerén’s party, the Frente Farbundo Martí para la Liberación Nacional (FMLN; Farabundo Martí National Liberation Front) supported this move ecstatically. The FMLN is a former guerrilla movement that fought a long war with the country’s U.S. backed dictatorship with the goal of building a socialist society. Since the end of the war, they have become a successful electoral party.  In justifying their decision, the FMLN cited United Nations General Assembly Resolution 2758 of October 1971 which established the People’s Republic of China as the only legitimate representative of China, as well as the long-lasting and strong relationship between the FMLN and the Communist Party of China.
As a response to this shift in diplomatic relations, various U.S. politicians, particularly Marco Rubio, have attacked and threatened El Salvador, the FMLN and Cerén himself. Rubio has threatened to cut off international aid funds going into the country. Even though a large portion of these funds are embezzled by the corrupt, right-wing pro-U.S. parties which control most municipalities and the National Assembly, threats of this manner often set the stage for further direct aggression. This was true in the case of the recent U.S.-backed coup attempt in nearby Nicaragua, which was preceded by years of hostility in the form of the Nicaragua Investment Conditionality Act and slanderous messages by politicians and the imperialist media.
Taiwan, an imperialist client state, has also joined in to attack the FMLN. They have accused the Salvadoran government of shifting their position on China because Taiwan refused an alleged request to fund the presidential campaign of Hugo Martínez, the FMLN’s 2019 presidential candidate. The FMLN and the Salvadoran government strongly deny this malicious accusation.
However, U.S. aggression against the FMLN government of El Salvador is not new. Just a month earlier, during talks with China regarding the development of Port of La Unión (located in the Gulf of Fonseca), the U.S. accused China of attempting to build a military base in El Salvador. There is absolutely no evidence of this, and it is not even confirmed yet whether China will be taking on this project in the first place.
U.S. interference comes ahead of presidential election
U.S. aggression against El Salvador’s political left comes at a crucial time for the people’s struggle in that country and in the entire region, which is no coincidence.
Domestically, the Salvadoran working class, with the support of the FMLN, is fighting a righteous struggle against an attempt by the right wing-dominated National Assembly — the country’s legislature — to privatize the El Salvador’s water. Workers have demonstrated in the streets across the country against this attack, and FMLN politicians have refused to cooperate with the privatization scheme.
In the region, Nicaragua just defeated a U.S.-backed right-wing coup attempt only a month earlier. The popular democratic struggle against the U.S.-backed coup government of Honduras continues to grow.
Presidential campaigning is well underway in El Salvador. Hugo Martínez’s platform includes, among other things, deepening relations with China and complete opposition to the privatization of any and all natural resources, especially water. Internationalists within the United States must wage a struggle against imperialism within the belly of the beast, and fiercely oppose all hostility against El Salvador. This will become all the more necessary if Martínez and his running mate Karina Sosa win the election and U.S. intervention escalates.