Home » Post Page » Tsemel: Palestinians ‘have the right to fight’ 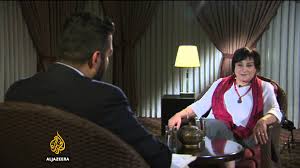 The Israeli parliament has passed a new law legalising the force-feeding of prisoners on hunger strikes.

For Palestinians in Israeli jails, hunger strikes are a strong mode of protesting detention and occupation.

The United Nations, the Palestinian Prisoners Commission and the Israeli Medical Association have all condemned the new law. The country’s medical association are urging doctors to not partake in force-feeding, saying it is effectively torture and violates medical ethics.

But Israel has said that Palestinian hunger strikes could lead to deaths and set off protests across the occupied West Bank and East Jerusalem.

It is a move that highlights the treatment of Palestinian prisoners and how those defending them face difficult odds.

One of these defenders is lawyer Lea Tsemel, who has had a career spanning more than four decades and is a rarity in Israel – almost all her clients have been exclusively Palestinian.
Tsemel has rarely ever turned a case down and has defended men, women, and increasingly children who are tried in Israeli courts for alleged crimes ranging from stone throwing to attempted suicide bombings.

In her view, as Israel continues to occupy Palestinian land, any reaction – violent or otherwise – is a direct result of the occupation.

“I believe that people who are under occupation have the right to fight it,” she says.

Born in Haifa in 1945 to pro-Zionist parents, Tsemel worked as a volunteer for the Israeli army during the 1967 war. It was an experience that she says drove her into political activism and a career in law.

Tsemel’s legal career has been marked, in her own words, by “major failures,” but also important successes.

Her defense of Palestinians remains deeply controversial in Israel and she has even received death threats.

As she talks to Al Jazeera, Lea Tsemel says she is determined that nothing will prevent her from fighting for the rights of Palestinians.