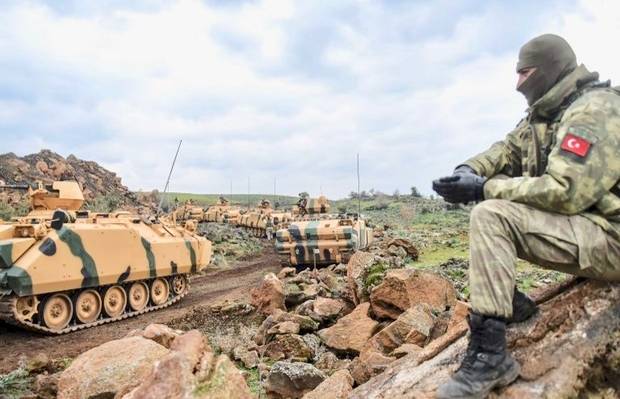 Presidential candidate Trump promised to stay out of foreign wars. In April, the US president said the forces would leave Syria soon with the decision taken “very quickly” on how long they will remain there. “We’ll be coming out of Syria, like, very soon. Let the other people take care of it now,” he stated. On Sept.24, US National Security Adviser (NSA) John Bolton said the US would remain in Syria “until Iran leaves”. “We’re not going to leave as long as Iranian troops are outside Iranian borders, and that includes Iranian proxies and militias,” the NSA formulated the US position.
According to Military Times, his statement was “signaling a fundamental shift from the current counter-terrorism operations to a mission focused more on geopolitical maneuvering and proxy warfare.”The source believes the White House has revealed a massive mission creep. It cited James Phillips, senior research fellow for Middle Eastern affairs at the Heritage Foundation, who said. “I would prefer to keep US troops there indefinitely, because they also serve a purpose in blocking Iran’s freedom of movement and access to lines of communication that would connect western Iraq with Lebanon.”
Earlier last month, the secretary of state’s Special Representative for Syria engagement James Jeffrey said that the US military could pursue an enduring presence in part to complicate Iranian activities in the country. According to him, the forces will remain beyond “the end of the year”.
Looks like they will stay much longer. Special Representative for Syria Engagement, Ambassador James Jeffrey, openly intervened into Syria’s internal affairs by threatening it with sanctions the US would impose if it Syria did not align its domestic laws with Washington’s instructions. According to him, the US would work with countries in Europe, Asia and the Middle East to impose tough international sanctions in circumvention of the UN Security Council if Syria’s government failed to cooperate on rewriting the country’s constitution as a prelude to elections. “We will make it our business to make life as miserable as possible for that flopping cadaver of a regime and let the Russians and Iranians, who made this mess, get out of it,” he warned.
It has been recently reported that the United States has set up a new military base near the Iraqi town of Al-Qa’im in Anbar province on the Iraqi-Syrian border. It is located near the strategic border crossing that links to the Syrian town of Abu Kamal. The US air defense and electronic radar systems in Kobani, the Aleppo governorate in northern Syria, and on the territory of the al-Shaddadi base in the Hasakah province. A no-fly zone could be established in northern Syria stretching from Manbij to Deir ez-Zor. The US will stay to prevent Iran from gaining access to the Mediterranean Sea. (by Arkady Savitsky in Strategic Culture)

Yesterday morning Colonel Lang emailed me about an apparent US policy change for the worse in Syria. At his request, I planned on doing two pieces on the subject, the one I just posted on the situation at Tanf and a second one about the situation east of the Euphrates. However, this morning I found this piece in “Strategic Culture” by Arkady Savitsky that did a far better job at addressing this subject than I would have done. Please read Arkady’s entire article.
I will add two additional points. First, Erdogan has announced that his forces are preparing to secure the YPG-held territories in the al Raqqa, al Hasaka and Deir Ezzor governorates. How does that square with the US-planned enduring presence in those areas? Are we gearing up for a US-Turkey war for eastern Syria?
My second point is that the Rojava Kurds are about to receive a right royal screwing. They pulled out of the talks with Damascus, probably under pressure of the US. That was a supremely boneheaded move by the Kurds. All they have to do is look at the fate of those who chose to take part in the reconciliation process. Former jihadis are being welcomed back to the fold. The Kurds would do at least that well if they stayed the course with the Damascus talks. Now they stand to be kicked in the teeth by the Turks and stabbed in the back by the US. Such promise. Such waste.Their choices exasperate me.