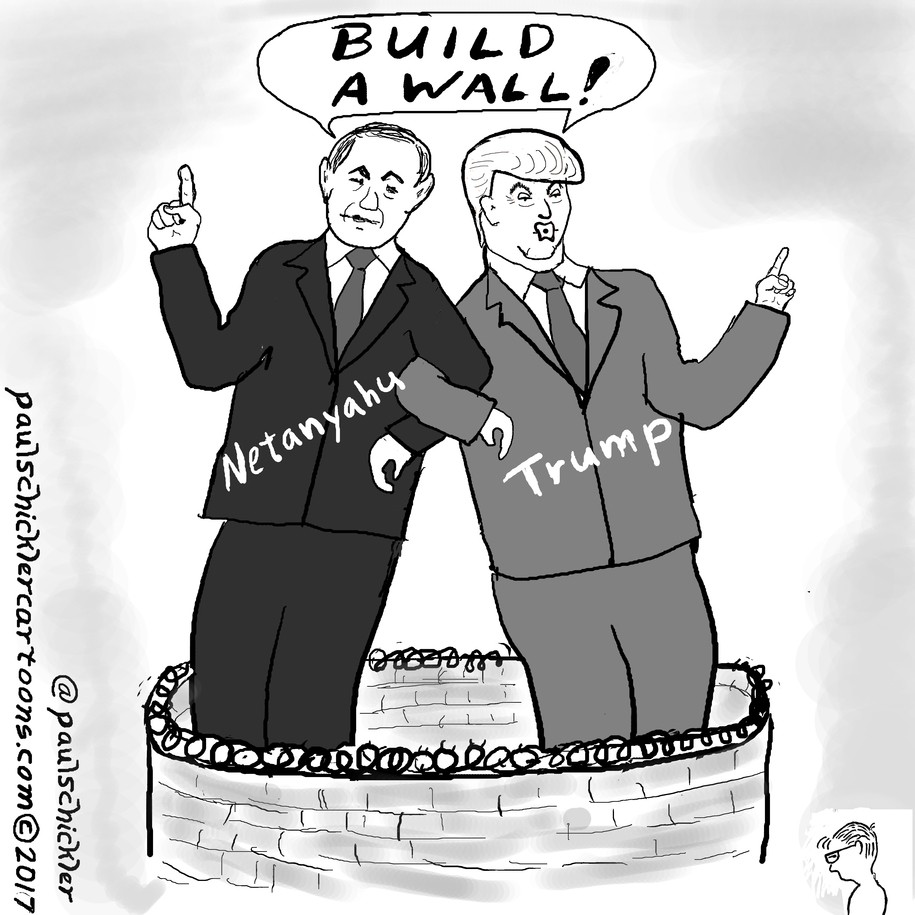 That was rather odd, since for both ‘Bibi’ and Trump, Iran nuclear deal was a historic mistake and they’d sworn to “rip it up”. Clearly, Trump and Netanyahu took a deliberate decision to miss the historic opportunity last week to jointly tear up the Iran deal. The US-Israeli readout on their talks in the White House says:

Again, at their joint press conference, Trump simply dodged the questions on the Iran deal – not once but twice – when asked what he intended to do about it.

The message is loud and clear: Iran nuclear deal is here to stay. A Jerusalem Post analysis noted wryly, “They may not like the deal, they may not have made it, and they may enforce it more aggressively than the Obama administration, but attempts to “rip it up” are officially over.”

The US’ European allies are pleased with Iran’s full compliance of the terms of the deal so far and, of course, they see potential trade and economic relations with Iran. Funnily enough, the EU foreign policy chief Federica Mogherini visited Washington recently to stress the importance of the Iran nuclear deal and afterwards claimed that she was assured by top Trump administration officials of their “intention to stick to the full implementation of the agreement.”

The British PM Theresa May rebuffed ‘Bibi’ when he pressed during a recent visit to London that UK should follow Trump’s lead on new sanctions against Iran over its recent missile tests. The snub is significant because the UK has been Israel’s staunchest ally in Europe. Moscow went a step further to assert the Russian-Iranian partnership, with Deputy Foreign Minister Sergey Lavrov saying last Thursday,

Simply put, if Trump imposes sanctions against Iran, there will be no takers in the international community. Trump also knows that this is an inopportune moment to ratchet up tensions in the Middle East by provoking Iran. (By the way, Tehran showed flexibility at the recent Astana talks where Russia, Turkey and Iran adopted a document last week to form a joint group to monitor the ceasefire in Syria and facilitate the elaboration of confidence-building measures among the warring sides.)

Of course, Tehran senses that these are early days. The Iran Daily newspaper noted in a commentary on Wednesday:

Importantly, Iran’s Deputy Foreign Minister Abbas Araqchi, who was a negotiator at the P5+1 and Iran talks, told the Parliament’s National Security and Foreign Policy Committee on Wednesday,

Clearly, Iran does not want to be the one to break the deal, but it will be hard-pressed not to react to additional pressure by the Trump administration to deny it the economic benefits. Meanwhile, Iran will not mothball its missile development programme. Trust Iranian diplomacy to wear down the Trump administration. Trump holds a weak hand — and as for ‘Bibi’, Iran always thought of him as just a hot air balloon. Read a spirited interview, here, by Zarif with CNN’s Christiane Amanpour.