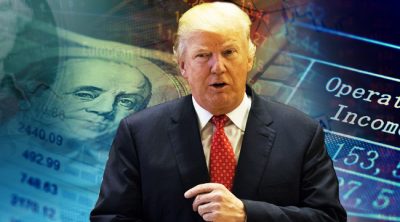 Note to readers: please click the share buttons above. Forward this article to your email lists. Crosspost on your blog site, internet forums. etc.
In a major reversal of long-standing federal policy, the Trump Administration has issued a new plan to charge demonstrators for the right to use our public parks, sidewalks and streets that are on federal land in the nation’s capital for First Amendment activity.  Among other areas, this includes the National Mall, Lafayette Park, the Lincoln Memorial and the sidewalk in front of Trump Hotel on Pennsylvania Avenue.
The federal Pay-to-Protest in DC plan includes charging demonstrators for the cost of barricades and fencing erected at discretion of police; salaries of personnel deployed to monitor the protest; trash removal and sanitation charges; permit application fees and costs that the government will assess on “harm to turf.”
In addition, the Department of Interior under Ryan Zinke has quietly moved to close the iconic White House sidewalk to protest. The National Park Service’s recent regulatory filing shows plans to close the sidewalk to demonstrations leaving only a narrow pedestrian passageway. The Nixon administration notoriously ordered buses to surround the White House during Vietnam War protests, blocking access to the sidewalk.  Now the Trump administration wants to issue a regulatory change to essentially block all protests from the sidewalk permanently.

These plans were contained in a 94-page regulatory proposal that was published in the federal register by the National Park Service, under the Department of the Interior. The public has until October 15, 2018 to register their opposition.

“Never before in history have protestors been required to pay to demonstrate on federal land in the nation’s capital. This is a protest tax on the exercise of First Amendment rights intended to burden and suppress dissent,” stated Mara Verheyden-Hilliard, constitutional rights lawyer and executive director of the Partnership for Civil Justice Fund.
“Free speech is not free if you have to pay for it. The exercise of free speech is a fundamental right and this measure is anti-democratic at its core,” stated Carl Messineo, constitutional rights lawyer and legal director of the PCJF.

The Partnership for Civil Justice Fund has launched a legal challenge and grassroots organizing campaign to stop this plan, including a petition in opposition to the plan here.
Click here to read an OpEd by the PCJF’s Mara Verheyden-Hilliard and Carl Messineo in the Washington Post.