Argentina’s Former President Cristina Fernandez de Kirchner (CFK) said that the trial against her beginning Tuesday is a political “smokescreen” and a new act of political lawfare President Mauricio Macri’s administration is using to divert attention away from the nation’s two-year economic crisis.

Via Twitter, CFK expressed her disagreement over the legal case against her for alleged corruption during her presidential tenure (2007-2015).
“Clearly, it’s not about justice, but about creating a smokescreen aimed at distracting Argentines, increasingly less successfully, from the dramatic situation that our country and people are going through,” said the current legislator who just announced her candidacy for vice president alongside Alberto Hernandez for the October polls.
“This is a new act of persecution with a single objective: to place a former president who opposses the [current] government in the dock amid ​​​the presidential campaign.”
Former president CFK explained that today’s hearing, which marks the begining of the “Vialidad” trial, arose from a complaint made by the Macri government about public road works carried out in the Santa Cruz Province. 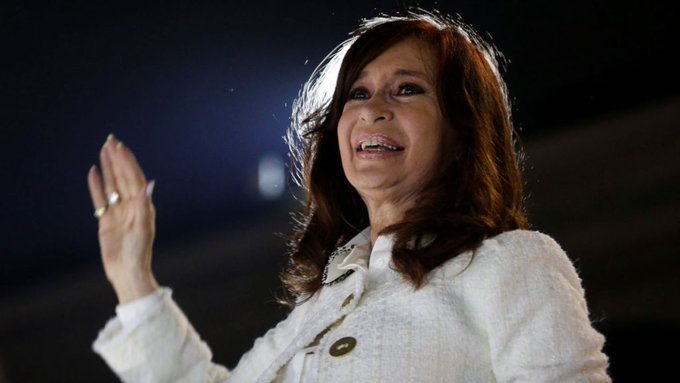 “Clearly, it’s not about doing justice. It is just a new smokescreen” Cristina Fernandez.
“This is not an original complaint but a reissue of complaints that Civic Coalition (aligned to Macri’s Cambiemos party) have been making since 2008. The Comodoro [court] dismissed the case in 2011 and the Santa Cruz Justice dismissed it for lack of evidence,” Fernandez wrote Tuesday morning.
CFK also explained that the accusations against her are regarding public works made by an institution within the Santa Cruz department under the jurisdiction of the Santa Cruz government and the economic minister.
More specifically, she said, the so-called “evidence” is Congress-approved national budget laws, special decrees issued to make budgetary adjustments and cabinet members.
The formal charges against Fernandez de Kirchner consist of her allegedly receiving kickbacks from a construction company in exchange for public projects.
If found guilty, the charges could end in a 10-year jail sentence for CFK who, as a sitting senator, currently has legislative immunity.

Venezuela Thanks Norway for Mediating Dialogue with Opposition
Más imágenes

Nicaragua in the Shadow of Western Fascism

Notre Dame of Gaza: Our Mosques and Churches Are Also Bur…