Home » Post Page » The Zionist lobby and Labor in Australia

The Israel lobby and Labor in Australia

Australia’s new Prime Minister opposes BDS and rejects the apartheid label for Israel, but the Israel lobby is still moving right to accommodate the Australian rightwing and nationalists in Israel. 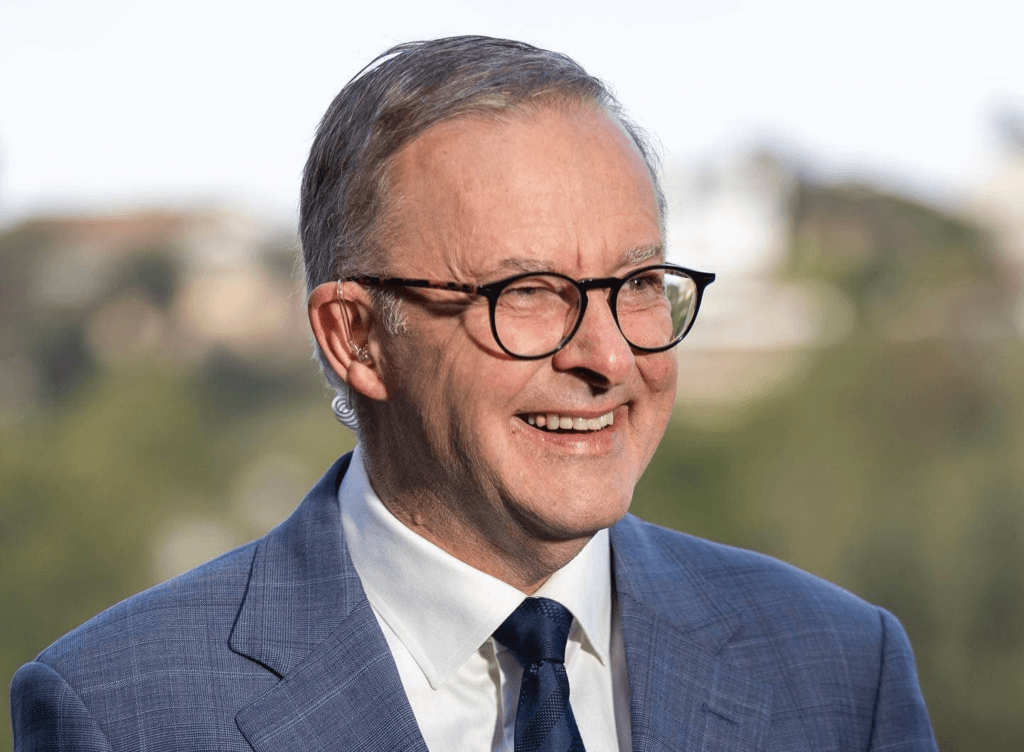 LABORITE ANTHONY “ALBO” ALBANESE, AFTER HIS MAY 21 ELECTION AS AUSTRALIA’S NEXT PRIME MINISTER, FROM HIS FACEBOOK PAGE MAY 25.

In 2021, Australian journalist John Lyons published “Dateline Jerusalem: Journalism’s Toughest Assignment.” It examined the pro-Israel lobby in Australia which I have described as the most powerful foreign influence operation in our country. Lyons quoted Chris Mitchell, the long time editor of The Australian, saying that the Israel lobby became more right-wing after the 2003 American invasion of Iraq.

Yet the lobby is moving further to the right. The recent Federal election confirms it. As a result a key message for the new prime minister and foreign minister is that no matter what concessions PM Anthony “Albo” Albanese gives the lobby it will always in the end support the conservative coalition. Always.

There’s a reason for this. The lobby is accommodating new right-wing voices, specifically the Australian Jewish Association which stakes out conservative positions on social issues as well as the hardest of hard lines in support of ultra-nationalism in Israeli politics. During the election, under pressure to accommodate its hardliners, the lobby kept up an aggrieved and agitated anti-Albanese message. This is a reminder of things to come as the lobby runs a campaign to deter the new Labor government from implementing a policy adopted three times, without opposition, at national Australian Labor Party conferences, and in 2021 enshrined in the platform: recognition of Palestine.

To make her status clear the Australian Jewish News on October 15 endorsed Sharri Markson of Sky News and The Australian as its kind of journalist. In a profile (a newspaper profiling a journalist- unusual) Markson was quoted saying that since 2018, both The Australian and Sky had given her a platform on which to support Israel. The article reported:

“Sentiment in the left-wing media to attack Israel is deeply upsetting and it makes me really, really angry- absolutely furious,” she said. “I’m really worried that if the Labor party gets in in the next federal election there won’t be the same support for Israel that we have seen under the coalition government,” she added.

For its part the Jewish News was to boldly state its preference for the Coalition [of Liberal-National parties under former PM Scott Morrison] only days before the election, quoting the Executive Council of Australian Jewry that “…we are still concerned at the prospect that an ALP government would unilaterally recognise a Palestinian state, withdraw Australia’s recognition of west Jerusalem as Israel’s capital and revert to a voting pattern at the UN that is less sympathetic to Israel under the current government.”

Also in the last week of the election campaign Markson delivered a long attack on Labor (Sky News May 16 2022) warning that “For the first time we could have a prime minister who has been a much better friend to the Palestinians than to Israel.” She invoked Albanese’s criticism of Prime Minister Ariel Sharon and the massacre of more than 2,000 women and children in Sabra and Shatila refugee camps in 1982. She went after Albo for criticising Israel’s defiance of the UN Security Council resolutions and for speaking in parliament about the death of children during Israel’s bombing of Gaza.

She attacked Albanese for supporting a Palestinian state, now an ALP platform commitment. She attempted to beat up a question time shouting match as antisemitic. She criticised Albanese for talking about his visits to Ramallah and Gaza in November 2015 and reporting on the humiliation Palestinians were forced to undertake in getting to work each day, concluding “Albanese’s position on Israel is there in black and white for all to see.” She proceeded to interview the Liberal member for Wentworth, Dave Sharma, about Albanese’s position and to have this indictment splashed in The Australian the next day.

This friendly exposure was not to save Sharma’s career nor salvage- what some in the Jewish community believe to be- his dream. That is, his dream of serving as foreign minister in a Liberal government under Josh Frydenberg.

Nor was Sharma helped by front page effusions of The Australian in April, assailing Sharma’s teal opponent, Allegra Spender, because one of her several thousand volunteers, climate campaigner Blair Palese, had retweeted material on Israel’s human rights record- an extravagant attempt at guilt by association. Anti-Semitism was invoked and may give rise to legal action. The impact of this attack on Spender- taken up by Sky and 2GB- was negligible given the double digit swings to her at polling booths across the electorate. In the end Sharma, supported by the lobby and conservative media, was to lose this once blue ribbon Tory stronghold 45 to 55 percent.

The Australian, in its final editorial on the election, nominated the Labor leader’s view on Israel as a reason for not making him prime minister. If the seven percent swing against Sharma at his Dover Heights booth is any guide, not even Jewish voters were persuaded.

The paper had also given a platform to Josh Feldman, described as “a Melbourne-based writer on Israel and Jewish issues,” who attacked Albanese and Labor on May 2 saying a Labor government under Albanese would be “a disaster for Israel.” It claimed to find an unnamed “senior Labor figure” who said “people (in the Jewish community) don’t trust him.” That is, the now Prime Minister. Again, the lesson here is clear- no weighting given to Albanese’s commitments to the Jewish community, not even his June 2021 comments in which he endorsed the IHRA definition of anti-Semitism, said the adjective Apartheid was not applicable to Israel and expressed his opposition to BDS.

Two days before the election the Australian Jewish Association attacked Labor’s Whip Anthony D’Adam in the Legislative Council for a speech on the assassination of Al Jazeera journalist Shireen Abu Akleh. A blog by Robert Gregory, director of public affairs of the far right AJA, advised Jewish voters this made the case for rejecting Federal Labor:

“Today’s Labor isn’t the party of your grandparents. Many grassroots activists and members of parliament espouse many anti-Israel positions…”

He warned that relations between Labor and the Jewish community are destined to further deteriorate.

The key lesson for Labor leadership is that “the lobby” will always tilt to the conservative Coalition. With the failure of its campaign to frighten voters about Labor it will now, according to one of its members, create a panic about antisemitism to deter Labor from implementing recognition of Palestine. Majority ALP sentiment favours this policy as a way of salvaging a two state solution being buried by Israel settlement expansion.

Yet how can a social democratic government ignore facts on the ground? Consider Israel’s actions last month alone. Israel ruled out an enquiry into the shooting of Shireen Abu Akleh (confirming the criticism made by Labor MP Anthony D’Adam). On May 4 the Israeli High Court ruled in favour of the imminent transfer of Palestinians to allow, according to Israeli NGOs quoted in the The Washington Post, the biggest mass expulsions of Palestinians in the West Bank since 1967. The Israeli government allowed another flag march by ultra-nationalists through the Muslim quarter of Jerusalem with chants about dismounting the Dome of the Rock and “Death to Arabs.” And for good measure it has just approved 4,500 settlement homes deep in the West Bank. According to Haaretz it’s declared its intention to set up an armed force of civilians, a settler militia. Palestinian homes continue to be destroyed.

All these are facts the Western world can hardly overlook, a social democratic government least of all. Especially as ignoring these things concedes to a lobby that will always come down hard against it anyway. And, as our remarkably interesting election confirms, with no electoral impact in any case.

This post first appeared on the site, “Pearls and Irritations,” the public policy journal of John Menadue, a longtime government official and public figure in Australia, on June 1.